Having previously been released in 2011, Ian Nathan’s Alien: Vault will be getting republished later this year as part of the 40th anniversary celebrations with new content related to Sir Ridley Scott’s prequels.

Alien Vault opens a portal into the making of the legendary film Alien, tracing its path from embryonic concept to fully fledged box office phenomenon. Previously published in 2011, the new edition includes an additional chapter tracing the path of Ridley Scott’s return to the Alien saga with Prometheus and Alien: Covenant.

For 40 years, audiences have been simultaneously captivated and appalled as the spaceship Nostromo is invaded and its crew stalked by a terrifying parasitic creature. From the gore of the infant alien bursting from Kane’s chest to the mounting claustrophobia as Ripley discovers the monster has followed her into the escape shuttle, Alien is a chilling masterpiece.

Fully authorized and illustrated throughout, the updated Alien Vault is the ultimate tribute to a film that changed cinema forever. 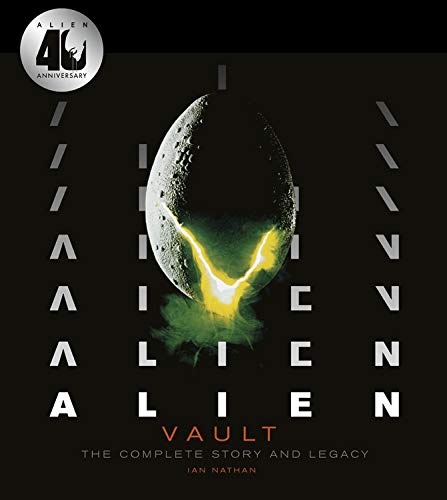 We spoke to author Ian Nathan to ask him about the new content in the updated edition:

I’ve added an entirely new chapter on the prequels, including my own experiences on set and relating them back to the original Alien in its 40th year. We’ve also got a new intro from Lambert.

The 40th anniversary edition of Alien Vault: The Definitive Story Behind the Film is available for pre-order on Amazon (US/UK) for $25/£35 and will be released on the 19th of November. Thanks to Bradley John Suedbeck via Aliens Gateway Station for the news.

Back in September 2011 when the original edition was released, Alien vs. Predator Galaxy had the chance to chat to Ian about his experience writing Alien Vault. You can check that out there.