During the latest episode of the Empire podcast (via Screenrant), Ridley Scott was interviewed to promote Blade Runner 2049 and gave a few more details about the potential sequel to Alien Covenant. As expected, the film revolves around Michael Fassbender’s android character David.

At the end of Alien Covenant, we saw David had taken over the colony ship and was en route to Origae-6. In a sequel, it very much sounds like the Xenomorphs will take a back seat and we’ll see the world that David creates on the new planet. Skip to 54:30 in the podcast to the listen the Covenant segment.

“I think the evolution of the Alien himself is nearly over, but what I was trying to do was transcend and move to another story, which would be taken over by A.I.’s. The world that the AI might create as a leader if he finds himself on a new planet. We have actually quite a big layout for the next one – Covenant 2”

We last heard a few months ago that 20th Century Fox were ‘reassessing‘ the future of the Alien franchise after Covenant’s disappointing box office returns. Scott continues to say he made Prometheus for a good price and it made $460 million and Alien Covenant was made for the same budget four years later and did well again. He says he’ll be working a new movie soon which he’ll reveal in a couple of weeks. 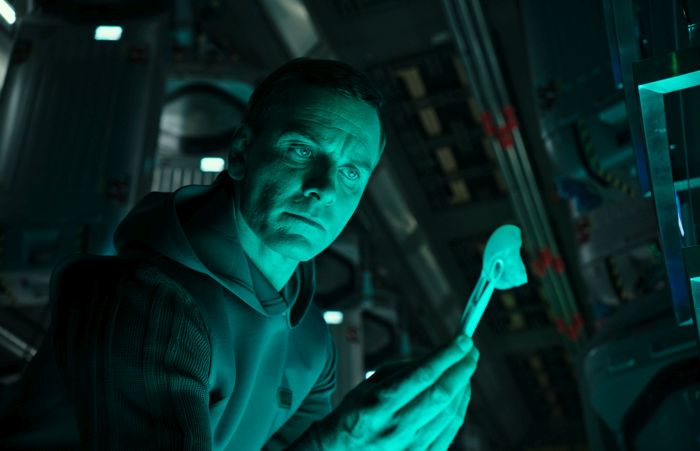 Alien Covenant 2 will revolve more around David and less around Xenomorphs.

It’s unknown whether or not Katherine Waterston will return but the Alien Covenant 2 script has already been finished. Scott has previously said that Engineers will play a bigger role in the sequel and they will find out that their planet has been destroyed. I guess we’ll find out more news in the coming months – this all depends on whether or not Fox greenlights the project in the first place.

Thanks to Ingwar for the news.