Marking the occasion of the 40th Anniversary of the original Alien, Director Ridley Scott had a chat with The Hollywood Reporter about his experiences regarding how Alien coalesced.

Those who have watched behind-the-scenes materials or read books regarding the film’s production may be familiar with the events described. Regardless, Scott revisiting them makes for an engaging read. 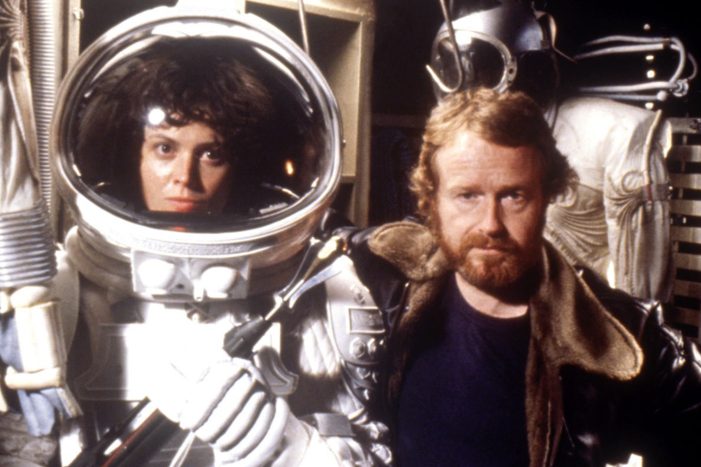 Back in 1977, after having been invited to a showing of Star Wars and seeing the audience reaction, Scott saw the power of blockbuster Sci-Fi…

“The theater was positively boiling with expectation. I have never seen such audience participation,” remembers Scott. “Because I had a very good time in France doing The Duellists, I was seriously thinking about doing Tristan & Isolde next. So I looked at Star Wars and thought, ‘Why on earth am I even thinking about doing Tristan & Isolde when this guy is doing this kind of movie? And it literally stopped me in my tracks. I was depressed for three months — that’s my highest form of accolade — to get very depressed first, then get very competitive.”

“And suddenly, out of the blue, came this script called Alien,” he says. “And I’m still, to this day, baffled about how someone who is at Cannes seeing The Duellists had put two and two together and said, ‘You know what? You might want to meet this guy, because he may be the right one for Alien.’ That’s how it happened.”

Scott chronicles how ideas, casting, editing and release of the film progressed, and his collaborations with writer Dan O’Bannon and artist H.R. Giger. 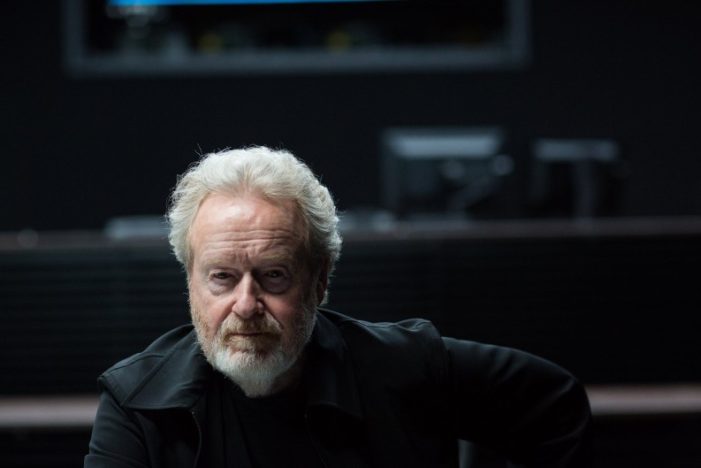 According to Scott, talks are happening at 20th Century Fox, now owned by Disney, regarding where to take the films next.  He feels the franchise needs to evolve to move forward…

Ruminating on the immediate future of the Alien franchise, now that Disney has acquired 21st Century Fox, Scott confirms that there are discussions for future installments, but warns that if the basic premise of “the beast” does not evolve like the Xenomorph itself, the “joke” gets old.

“You get to the point when you say, ‘Okay, it’s dead in the water,’” he says. “I think Alien vs. Predator was a daft idea. And I’m not sure it did very well or not, I don’t know. But it somehow brought down the beast. And I said to them, ‘Listen, you can resurrect this, but we have to go back to scratch and go to a prequel, if you like.’ So we go to Prometheus, which was not bad actually. But you know, there’s no alien in it, except the baby at the end that showed, itself, the possibility. I mean, it had the silhouette of an alien, right? The alien [origin concept] is uniquely attached to Mother Nature. It simply comes off a wood beetle that will lay eggs inside some unsuspecting insect. And in so doing, the form of the egg will become the host for this new creature. That’s hideous. But that was what it was. And you can’t keep repeating that because the joke gets boring.”

Scott has argued this before, multiple times, with comments like “the beast has almost run out,” and how he would like to shift the focus to what he perceives as a more dangerous threat: Artificial Intelligence. The topic of the Alien having run its course is something that Scott has gone back and forth on, around the release of Alien: Covenant he admitted that there was still an audience and fan appetite for the Xenomorph.

But again, it seems for Scott, the Alien as it was known in the original film has had its day. Head on over to The Hollywood Reporter to read the full article/interview.

Additionally, according to another interview with Variety, Scott’s third Alien prequel is actually being written:

“Alien” made $105 million worldwide back in 1979 — the adjusted gross is $283.5 million — and spawned three sequels, two crossovers with the “Predator” franchise, and two prequels, 2012’s “Prometheus” and 2017’s “Alien: Covenant,” both directed by Scott. A third prequel, which he will direct, is in the script phase.

Though this doesn’t come from a direct quote but Variety is a reputable website.

Related News Posts
20th Century Fox CEO Talks Future of Alien...
Ridley Scott Admits He Was...
“I think AI is Becoming Much More...
Fox ‘Reassessing’ Future of...
“Who, Why, and For What...