It appears any more films in the Alien franchise could be in jeopardy once again. Sources have confirmed to The Hollywood Reporter that Fox is currently ‘reassessing’ the two intended Alien prequels that Ridley Scott had planned to do after Alien Covenant.

Upon its release, Alien Covenant was met with a mixed critical and fan reaction and the worldwide box office takings stands at $232 million, with Japan still left to open in September. Covenant’s revenue dropped by a massive 71% in its second weekend and eventually made just over half of Prometheus’s $403 million. 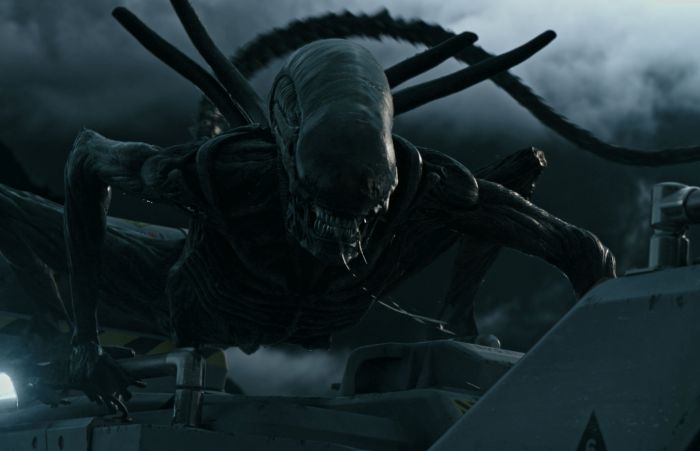 I wouldn’t personally call Alien Covenant a box office failure. It still made much more money than its $97 million budget and it was foolish to think it was ever going to make as much money as Prometheus did. Ridley Scott made it clear that he wanted to do two, maybe three more Alien prequels – he already said the next movie, tentatively titled Alien Awakening, had already been written. Given Covenant’s ending, it definitely needs another movie to tie up everything with David. Since Covenant, Scott has shifted his attention to making the crime drama All the Money in the World with Mark Wahlberg and Kevin Spacey and after that, he’ll move onto the drug lord drama The Cartel.

So what does this all mean? 20th Century Fox could still press ahead with Ridley Scott’s plans for more movies in his prequel series – perhaps with a lower budget. There is always the option 20th Century Fox could reboot the Alien franchise in a few years time with a brand new story completely unrelated to Ripley or the Engineers. I wouldn’t be adverse to that idea. I enjoyed Covenant but I wouldn’t mind something different completely unrelated to Space Jockeys or David.

Another option is to revive Neill Blomkamp’s Alien sequel idea of resurrecting Ripley and Hicks but given Sigourney Weaver and Blomkamp have moved onto new things, I highly doubt that would ever happen. Lastly, seeing how the new Predator movie does next year, I really wouldn’t be surprised to see a new Alien vs Predator reboot on the horizon.

Update 24/07/2017 – Discussing the matter on their YouTube channel, Collider’s Steve Weintraub revealed that through his own sources he had heard about Fox’s original plans for post-Covenant. According to Weintraub, Fox was going to tie directly into Alien with a third prequel and then move off into the future past the other films with new characters and storylines, something like a soft reboot.