“Ridley Scott returns to the universe he created, with Alien: Covenant, a new chapter in his groundbreaking Alien franchise. The crew of the colony ship Covenant, bound for a remote planet on the far side of the galaxy, discovers what they think is an uncharted paradise, but is actually a dark, dangerous world. When they uncover a threat beyond their imagination, they must attempt a harrowing escape.” 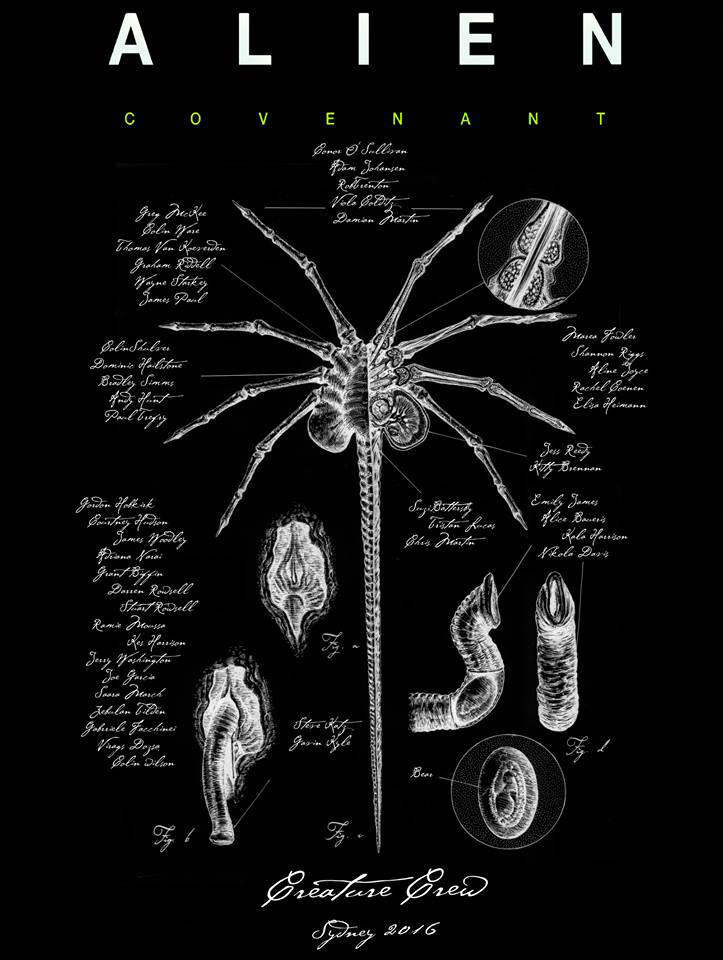 We’ll likely be seeing much more of Dane Hallet (who created this artwork on the Alien: Covenant creature department crew shirt) when Alien Covenant: The Art of the Film hits the shelves in August 2017.

Alien Covenant: The Art of the Film is due for release August 2017 and will contain 192 pages of full colour artwork. The recommended retail price is £29.99 with no details as to who will be providing the accompanying text and no cover at the minute.

Titan Books have previously released Prometheus: The Art of the Film in 2012 and more recently The Art of Alien: Isolation in 2014. Titan Books will also be publishing an Alien: Covenant novelization and a sequel novel, both written by Alan Dean Foster, in August 2017.

Thanks to felix for the news.