Alan Dean Foster to pen Alien: Covenant novelization! This is news I’m really happy to announce! There hasn’t been an English novelization of an Alien (or Predator) film since Marc Cerasini adapted Paul W.S Anderson and Shane Salerno’s Alien vs. Predator script in 2004. There was a Japanese adaptation done for Prometheus.

Alien vs. Predator Galaxy spoke to Alan Dean Foster over the weekend who confirmed that he was returning to write a novelization of the upcoming Alien: Covenant. Unfortunately we have no further details to share but I expect we’ll get more information and a release date after the new year when promotion kicks in for the film. 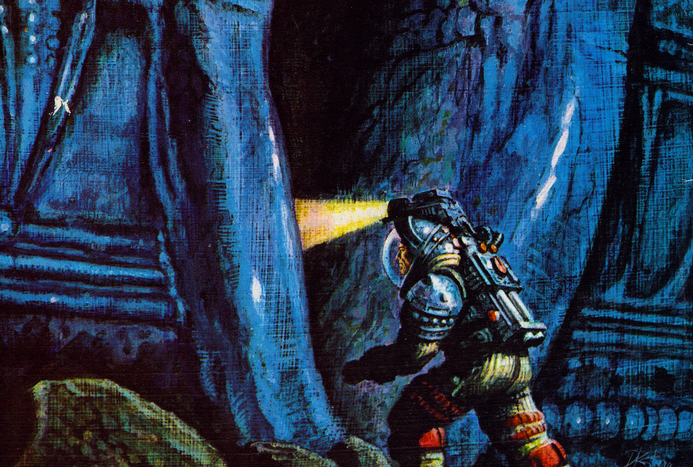 Alan Dean Foster wrote the three original Alien novelizations but after the difficulty he had working on Alien 3, he declined to return to write the Alien: Resurrection adaptation. Back in 2006 I had the pleasure of interviewing Mr Foster who chatted to us about his experience writing the novelizations.

“I was asked to do Resurrection. Because of the problems I experienced in writing 3, I turned it down. I’m a bit regretful now (but only a bit). It was better than 3. I was not offered the A vs. P books, which is just as well. I would have disliked being a party to simultaneously demolishing not one but two important SF film franchises.”

Be sure to check out the interview to find out how he intended to keep Hicks and Newt alive in Alien 3 and more!

Updated 27/09/2016 – Hidden away on Alan Dean Foster’s website is a comment he made regarding his work on the novelization and “other original material“:

“I’m currently writing the novelization, plus some unique original material, for ALIEN:COVENANT. An unusual approach that’s never been tried before in a novelization. Look for it, along with the film, next year.”