The embargo has officially lifted! Alien Covenant reviews from around the Web are starting to pour in and so far, the reviews are quite positive! Many of the reviews are praising the cast, locations, sets, visual style and terror while some of the criticism is directed at the pacing of the final act when the Xenomorph we know and love appears. A few of the reviews also lament the use of CGI for the Neomorphs and Xenomorph as opposed to using good old-fashioned practical effects. Though the reviews do have one thing in common – Alien Covenant is a far more enjoyable movie than Prometheus!

As for Rotten Tomatoes, remember Prometheus did get mixed to positive reviews and eventually settled on a score of 72%. Alien Covenant is currently sitting on 75% based on 108 reviews. We’ll keep this post updated throughout the day. Feel free to discuss in the comments section below. 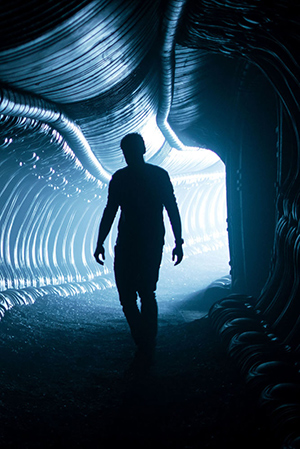 Here’s some specific extracts from the reviews.

It’s won’t be your favorite Alien movie, but it’ll probably make you want to watch it again. Perhaps I am blinded by my love of the franchise and too easily seduced by the stunning beauty of Scott’s images, but even the ramshackle hybrid narrative and disappointing treatment of compelling characters can’t keep me from finding a lot to love in the frustrating film.

As a standalone watch, it’s an intense and fun ride, but as a piece of the overall series it’s very much a piece of a puzzle. I’m sure some people will walk away disappointed, while others will be excited and buzzing about where this series goes next, given the events that transpire and where that leaves it. Love it or hate it, I think it’s a film that will be discussed at length and many folks will head straight home and pop in PROMETHEUS to connect the dots. For me, I love the doors it opens, the questions it answers, the villain it creates and the direction it’s headed, even if it misses some beats along the way.

Alien: Covenant strikes a more favorable balance between the unwieldy philosophical ideas of Prometheus and the classic horror and suspense of the 1979 original film. Despite continuing Prometheus’ questionable line of inquiry into the xenomorphs’ origins and occasionally adopting its histrionic tone for entire scenes, Covenant’s framework and exciting action put enough new spins on the series’ most reliable touchstones that the cast is able to carry it through to a satisfying end. 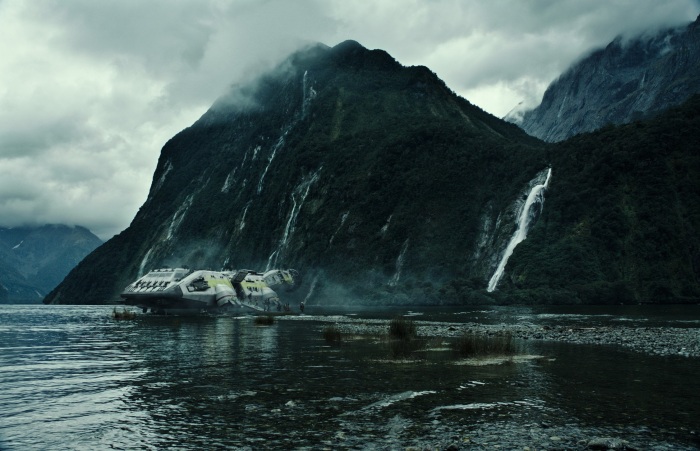 If the only question you want to be answered by this review is whether or not Alien: Covenant is better than Prometheus, then that answer is a resounding “Yes.” If you were hoping that it would totally leave the ideas introduced in Prometheus behind, you might be a little disappointed with certain parts, but as a whole, I think you’ll probably enjoy it. The story is self-contained for the most part, but it does open up some plot threads for a sequel. With that said, Covenant is the shot in the arm that the franchise’s future needed it to be.

Scott and the writers have achieved an outstanding balance in Alien: Covenant among numerous different elements: Intelligent speculation and textbook sci-fi presumptions, startlingly inventive action and audience-pleasing old standbys, philosophical considerations and inescapable genre conventions, intense visual splendor and gore at its most grisly. The drama flows gorgeously and, unlike in many other franchises in which entries keep getting longer every time out, this one is served up without an ounce of fat. It provides all the tension and action the mainstream audience could want, along with a good deal more. Stylistically, the film is a thing of cool beauty, with superb effects and a lovely score. Creatively, it’s a major re-set on a level with the series’ best.

But, in the context of a film that is strongly and coherently pieced together in its pacing, its tone, and its themes, those eccentricities only make the whole thing feel more mesmerising. It immediately begs to be re-watched, to be savoured. It’s relentless and overwhelming, but all in the very best of ways.

Yet it is also the point where Scott gets to indulge his Blade Runner-Prometheus preoccupation with playing God in on-the-nose discussions. At its best, aka The First Two, the Alien series works as dirty B movies (a slasher horror flick, a war film), embedding all the (psycho-sexual) meaning in the imagery. Here it is done in dialogue about the frustration of not being allowed to create and the loneliness of dreams. It’s just a shame that one of cinema’s greatest image-makers couldn’t deliver his ideas visually. Still, as The Martian proved, Scott is still good at this sci-fi malarkey, be it the big stuff (the Covenant sprouting sails to harness power) or the telling details (alien atoms get highlighted in smoke rings). John Logan and Dante Harper’s screenplay, after the laugh-free Prometheus, also adds a joke or two. At one point, there is a Phantom Of The Opera gag. Perhaps this is Covenant’s biggest scare: some 90 years from now, Andrew Lloyd Webber is still a thing.

Our own Alien vs Predator Galaxy review will be posted in a couple of hours.