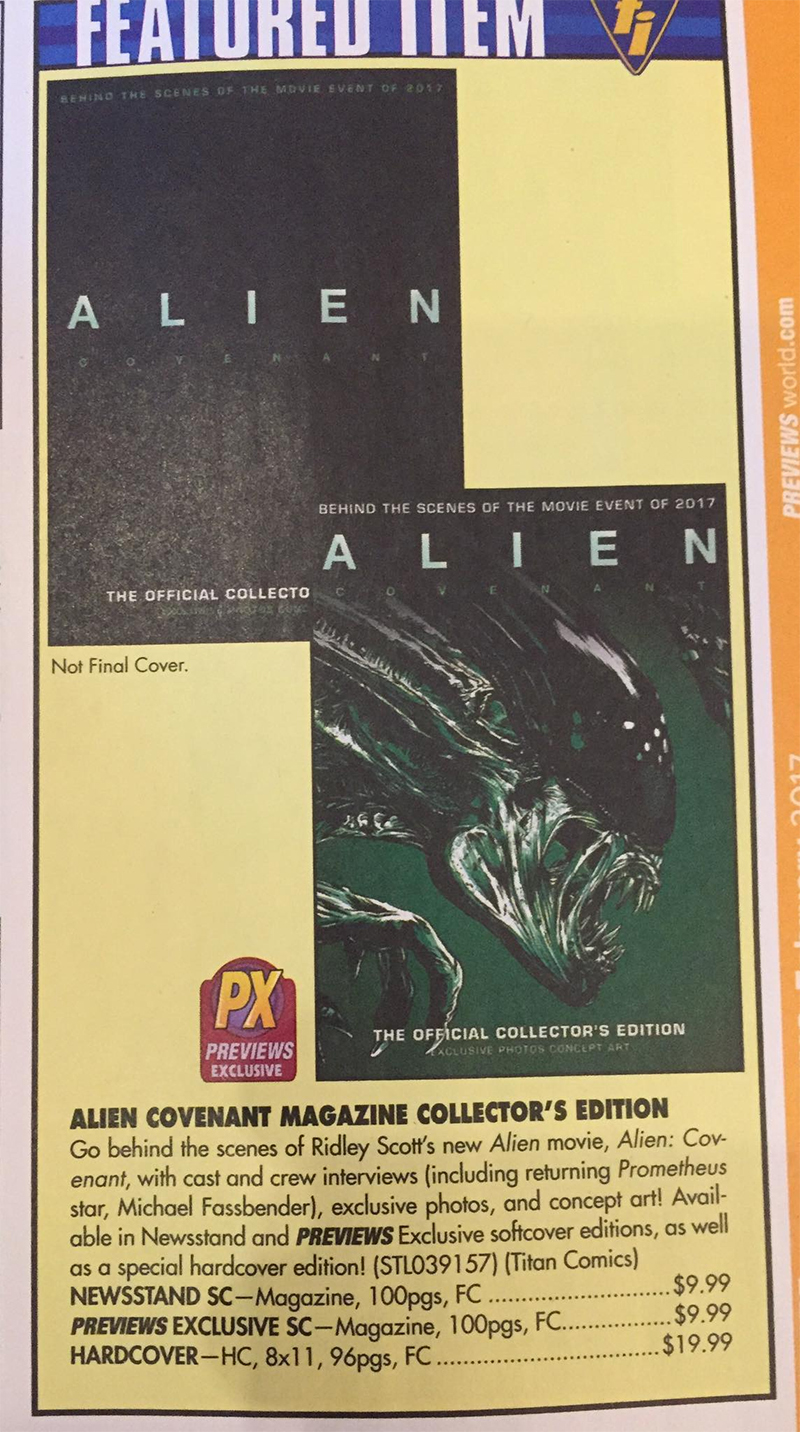 The Alien: Covenant: The Official Collector’s Edition cover art offers us a potential glimpse at the film’s traditional Alien.

We also have a second closer image of the cover but it’s slightly darker. You can check that out here. As it notes on the picture above, this may not be the final cover art for the book. Thanks to Matt Booker via the Weyland-Yutani Bulletin for the pictures.

The Alien Covenant: The Official Collector’s Edition is currently slated for release on the 23rd of May, the Tuesday after Alien: Covenant’s release. The book is currently available for pre-order on Amazon (UK and US) for £15/$20. 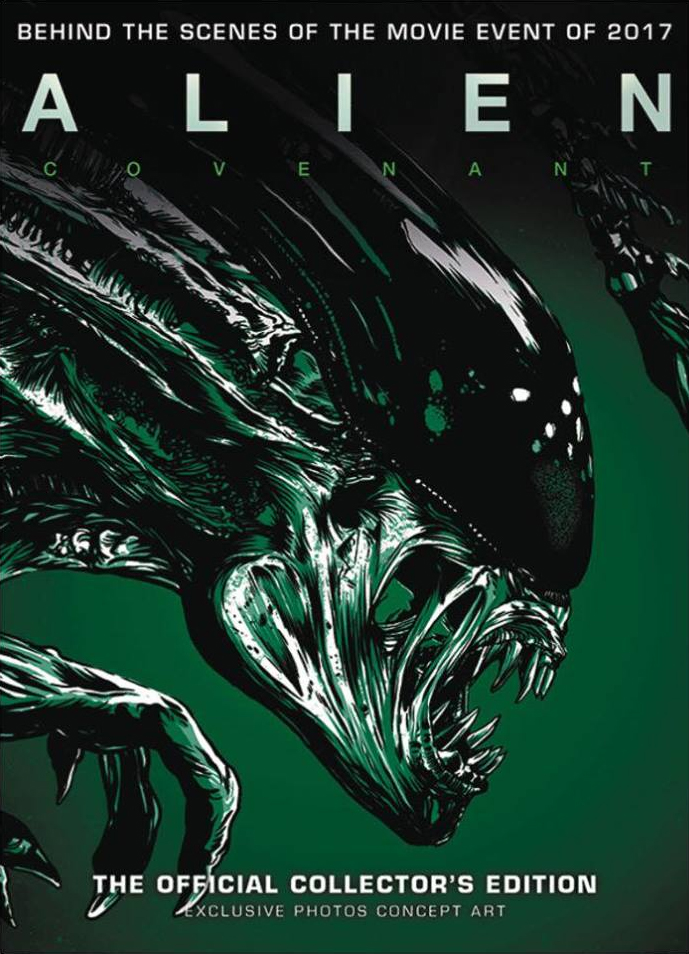