Following the release of the latest Hunting Party DLC Pack 2 for Predator: Hunting Grounds, a hotfix (Patch 2.45) was deployed a couple days back. There wasn’t anything beyond some minor fixes detailed in the Patch notes, but it was discovered that four new Predator masks were added as part of the patch. Oddly they’re nowhere to be mentioned in the patch notes, and some minor balance tweaks were also omitted. Check out the images of the new masks below. 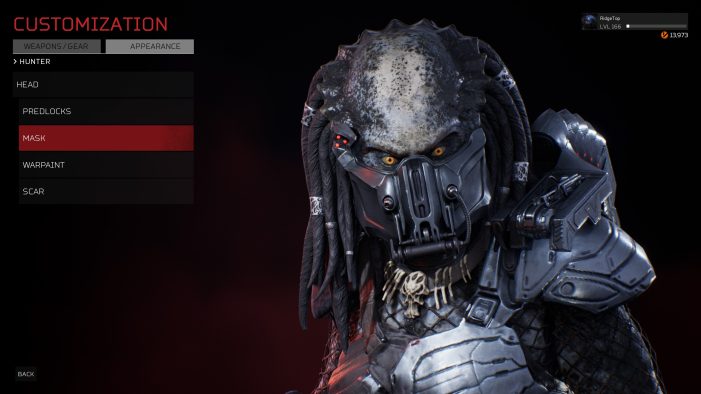 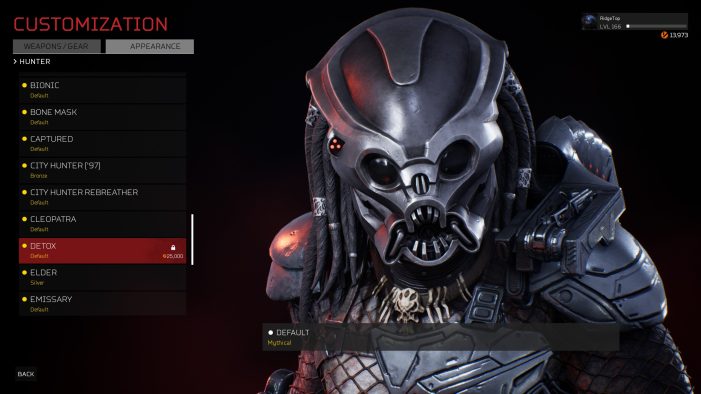 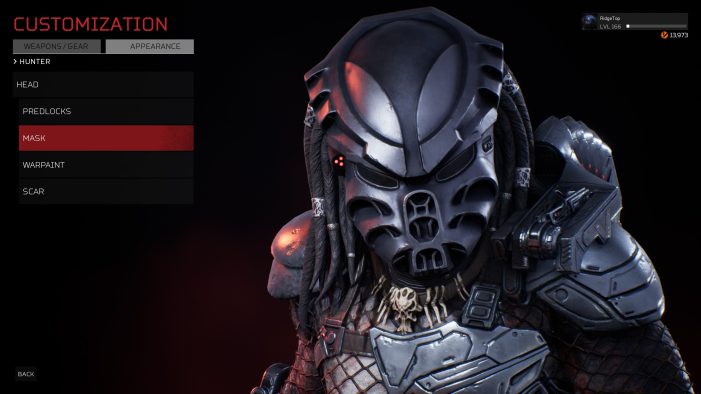 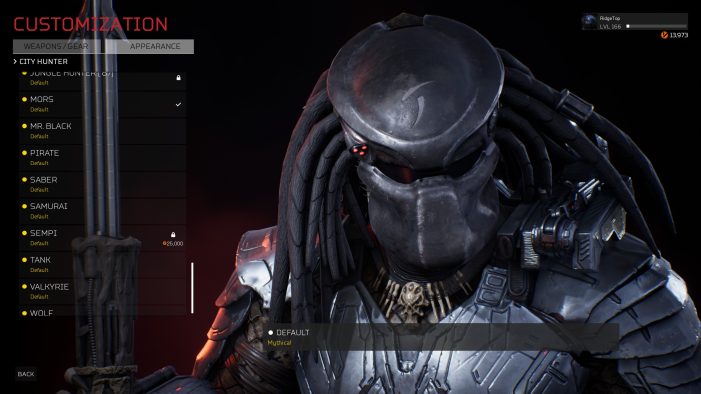 The masks are added are called Relic, Spider, Detox, and Sempi. Relic is a half mask covering the lower part of the Predator’s face, while Detox has a kind of eerie gas mask vibe. Spider seems reminiscent of a ‘Bionicle’ design. Sempi is actually Scar’s mask from the original AVP film.

These masks were originally discovered in a datamine back in summer 2021. There’s also been leaked evidence of another original class, Tank, as well as the Tracker Predator from Predators. Given the lack of new content beyond Predator classes and occasional mask drops, it would seem the game is nearing the end of its support.

Predator: Hunting Grounds remains active though, and we had no trouble finding games with other players during our livestream last weekend. If you still haven’t gotten around to playing, the game is currently on sale for a significant discount on PlayStation, Steam, and the Epic Games Store until the end of the month.

Thanks to SuperiorIronman for the news! Be sure to keep your targets set on Alien vs. Predator Galaxy for all the latest Predator: Hunting Grounds news! You can also follow us on Facebook, Twitter, Instagram and YouTube to get the latest on your social media walls. Be sure to join in with fellow Alien and Predator fans on our forums as well!