What seemingly started out as a perceived harmless April Fools’ prank yesterday has transitioned into a very unfortunate reality, revealing that Marvel’s planned June 2021 launch of Predator comics was indeed delayed until the holiday season of November 2021.

Bleeding Cool was the first to report the news yesterday that Marvel had announced that all orders for Predator comics have been cancelled. This not only impacts the launch of the ongoing main series Predator #1 and its corresponding variants, but the Omnibus and the 20 different Predator variant covers that were planned to be featured on other Marvel titles as well.  No official reason was given for the postponed release. 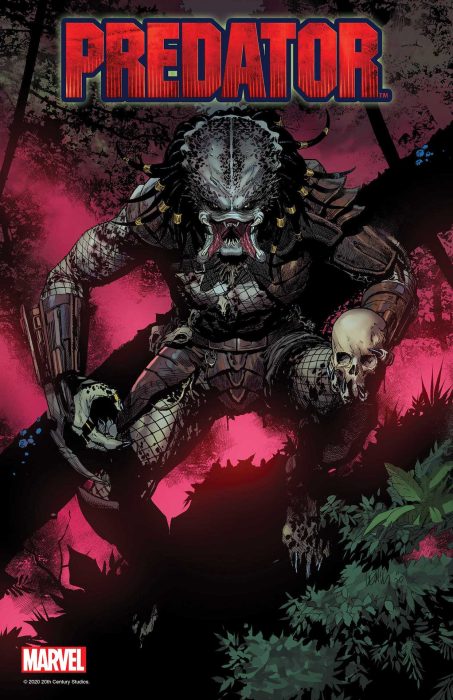 If we had to speculate on why the sudden delay till November, we would suspect this perhaps has something to do with the big announcement last week that Marvel Comics was severing their distribution relationship with Diamond Comic Distributors, Inc..  Marvel Comics had announced that they struck an exclusive distribution deal with Penguin Random House that begins on October 1st, 2021 after being exclusive to Diamond for over 27 years.  (It is important to note that Diamond can and will still purchase Marvel comics, but now it will be from Penguin Random House and as a wholesaler rather than a distributor.)

Whatever the reason, unfortunately it looks like we will have to wait another six months past initial expectations to read Marvel’s new incarnation of Predator comics.