This past March, Predator fans were elated with the news that Marvel Comics would launch the first on-going Predator comic series in history. Originally slated to be released this very month and written by acclaimed comic writer Ed Brisson with artwork from the very talented Kev Walker, fans were promised a futuristic story featuring a woman named Theta on an unrelenting quest to find the Predator who killed her family when she was only a little child. 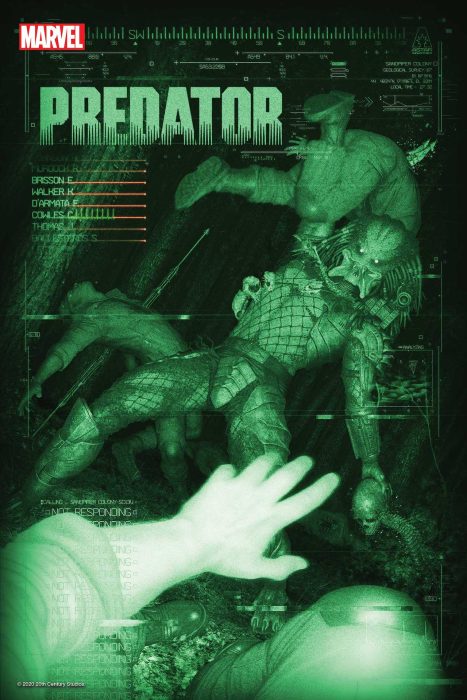 Then suddenly, only several weeks later, Marvel had announced that all orders for Predator comics have been cancelled, which not only impacted the launch of the ongoing main series Predator #1 but the Omnibus and the 20 different Predator variant covers as well.

Some were concerned this had something to do with the current lawsuit between the original Predator creators and 20th Century Studios over the US copyright. We suspected this was related to the announcement made a week prior that Marvel Comics was severing their distribution relationship with Diamond Comic Distributors, Inc. while striking a new exclusive distribution deal with Penguin Random House that begins on October 1st. Whatever the reason, there were fears that Marvel’s incarnation of Predator comics might never see the light of day.

Well, we are happy to report that Marvel Comics Predator ongoing series is still being worked on at this very moment, behind the scenes! When fellow fan and friend to the community PredatorSH tweeted writer Ed Brisson about the comics’ future, Brisson had this to say: 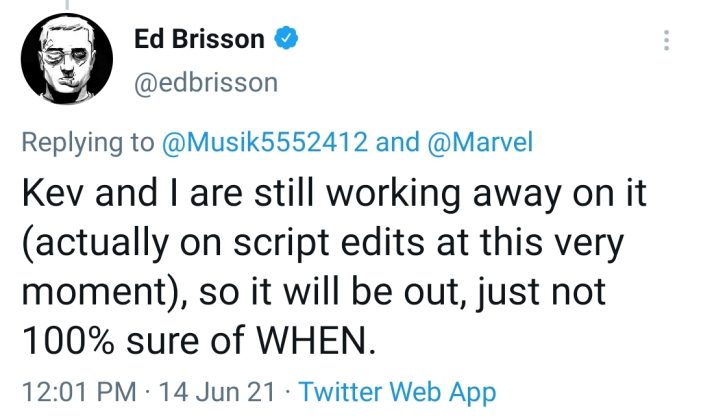 It’s certainly great news for fans anticipating this new Predator comic to hear that both the writer and artist are still “working away on it”. Now let’s hope the rumors are true that Predator #1 will debut on comic book shelves finally this November!

Be sure to stick with Alien vs. Predator Galaxy for the latest Predator comic news! You can follow us on Facebook, Twitter, Instagram and YouTube to get the latest on your social media walls. You can also join in with fellow Alien and Predator fans on our forums!