For a lot of fans Aliens, Predator and Dark Horse Comics are words that go hand-in-hand. It was Dark Horse’s success with the very first Aliens run that proved that media tie-in’s could be successful, as well as just plain good. And ever since Disney’s purchase of 20th Century Fox, fans loyal to Dark Horse had been worried that the Alien and Predator licences would go the way of Star Wars – that is, to Marvel.

And for those fans it looks like those worries have become reality. IGN have exclusively announced that both Alien and Predator are now licensed to Marvel. While no new titles have been announced, Marvel did provide IGN with teaser images of both the Alien and Predator by artist David Finch.

“There’s nothing more thrilling than a story that will keep you at the edge of your seat, and Alien and Predator have delivered that time and time again!” said Marvel Editor-in-Chief C.B. Cebulski in a statement to IGN. “I can clearly remember where I was when I saw each of these modern masterpieces for the first time, and reveling in how both masterfully weave extraterrestrial dread and drama into some of the most iconic scenes we’ve ever seen on film. And it’s that legacy that we’re going to live up to!” 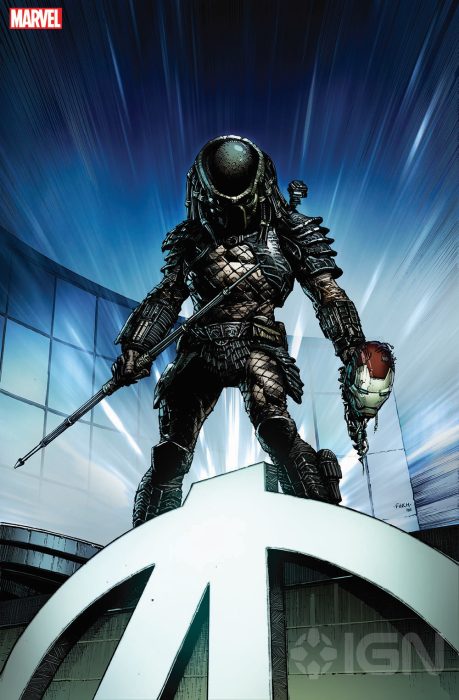 “As a visual medium, comics are the perfect place to build on those moments, and we here at Marvel are honored to begin telling these stories for fans everywhere,” added Cebulski. “As our release schedule continues to return, we can’t wait to share more in the coming months!”

Editor Jake Thomas said, “The incredible legacies of both franchises offer some of the most compelling and exciting worldbuilding in all of science fiction. It is a thrill and an honor to be able to add to that mythology and continuity with all-new stories set within those universes.”

IGN was also keen to stress that none of it implied that Alien and Predator would be joining the main Marvel continuity in the way that Conan did. 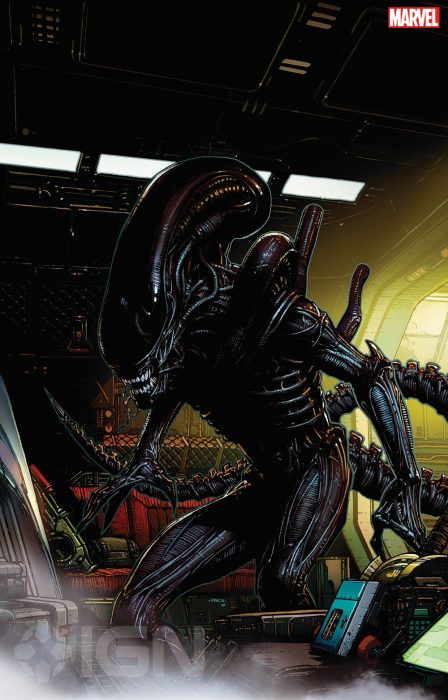 We don’t yet know how this will affect the previously announced series from Dark Horse. Predator: Hunters 3 is still only halfway through it’s run, and series based on the original screenplays for both Alien and Predator were supposed to be releasing now but with comic publishing having shutdown due to the Corona virus, neither have started releasing.

On their website Dark Horse has dates up for the first 2 issues of Alien: The Original Screenplay, but Predator: The Original Screenplay has been removed entirely from their website. There are no dates for the last 2 issues of Predator: Hunters 3, but a trade is up for release in November. Likewise AvP: Thicker Than Blood only has a trade available on Dark Horse’s website, with a release date of November.

Update: According to Marvel’s website, we’ll be seeing Alien and Predator series from the new publisher as of 2021. Though we’re always eager for more content, and it’s fantastic to see that Alien and Predator aren’t being forgotten under Disney, there’s no denying it’s the end of an era. Thank you for all the hard work and fantastic stories you’ve put out Dark Horse. And we’re looking forward to seeing what Marvel do with the series going forward.