Now that their first major expansion for Aliens vs. Predator: The Hunt Begins has started shipping, Prodos Games have announced their next expansion and it’s some of the new units mentioned in the updated ruleset for Hot Landing Zone! Say hello to the Elite Predators!

Each of the new Hunters come with something new: The Scimitars Predator brings a Shuriken to the game. A throwing, ranged weapon which doesn’t inflict much damage, but ignores all negative modifiers to RS while in use. All of the hidden Aliens on infected tiles and targets on engaged tiles – suddenly become easier to take down. The Glaive Predator comes with a Ceremonial Dagger in his equipment. Think you are safe making a successful armour save against this weapon? Think again and Re-roll please! And last but not least – we introduce a classic Alien Versus Predator weapon, the Speargun, which is wielded by the Whip Predator. This unique weapon provides an ability that hits additional targets while performing a shooting action. Yes, spear projectiles go straight through their targets.

All of the Elite Predators come with the Expert Hunter passive ability. It’s a more advanced version of the Seasoned Hunter skill. Every time the Expert Hunter is revealed, it may move one tile, including towards the enemy.  That’s the difference. 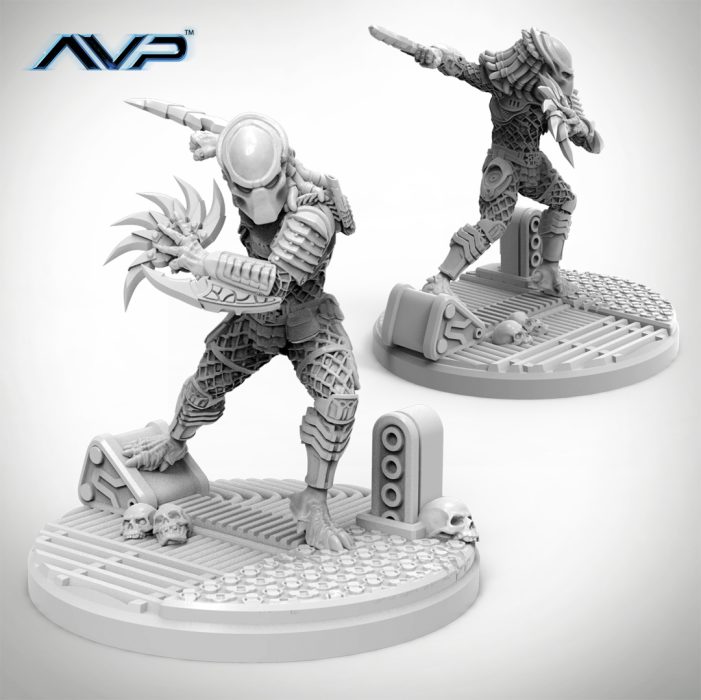 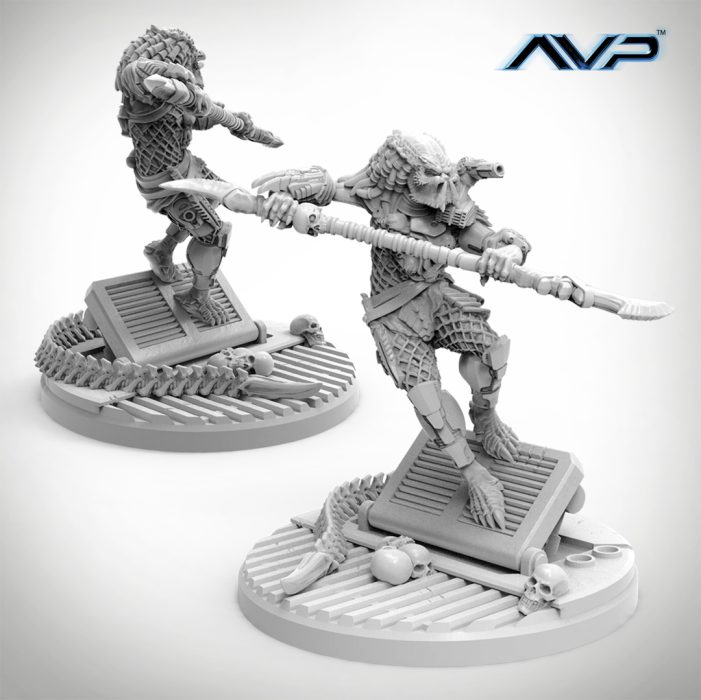 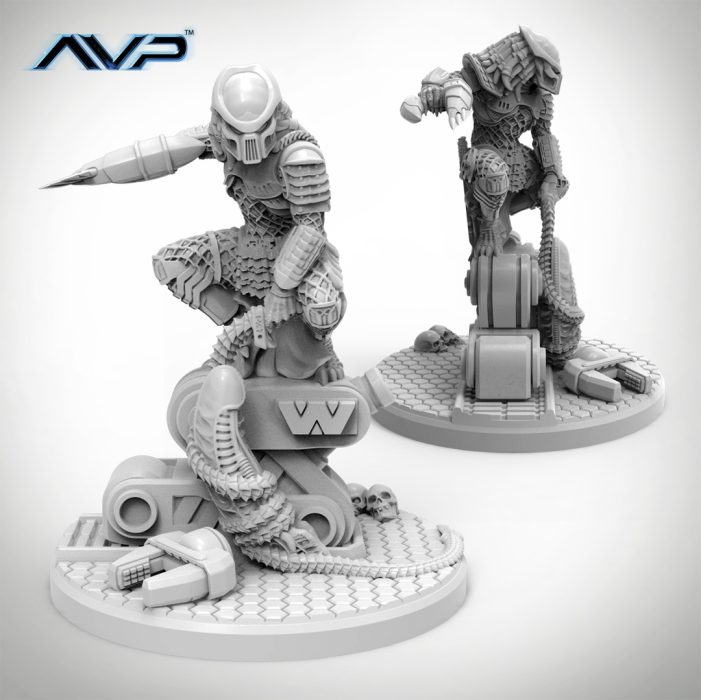 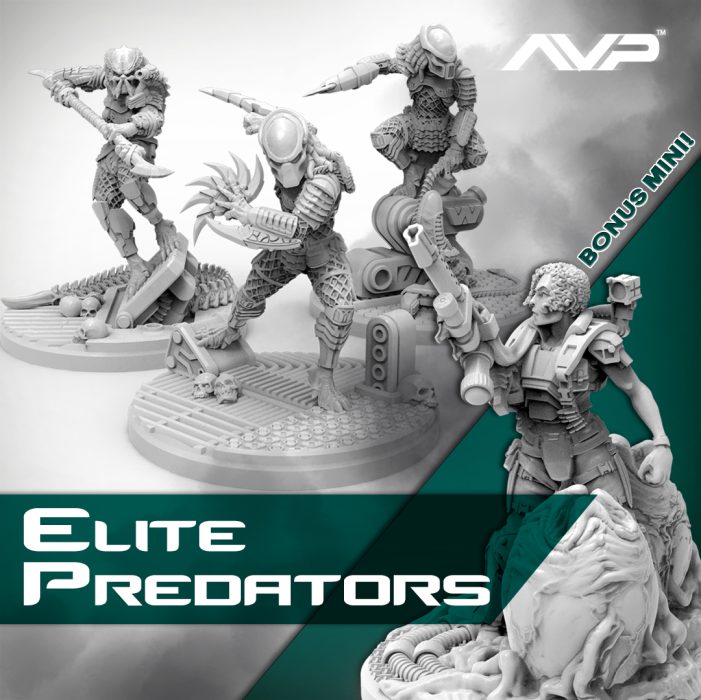 And as they so often do, Prodos also has a sweet new pre-order incentive bonus to go along with the Elite Predators!

Your February bonus miniature is a USCM Female Marine with a Flamer, that comes with a very special skill. Cooked well done – once per game, the flamer hits much harder than it usual does. All at the price of loosing a medkit. For the sake of game balance you must swap out any existing Flamer model with the Female flamer model. 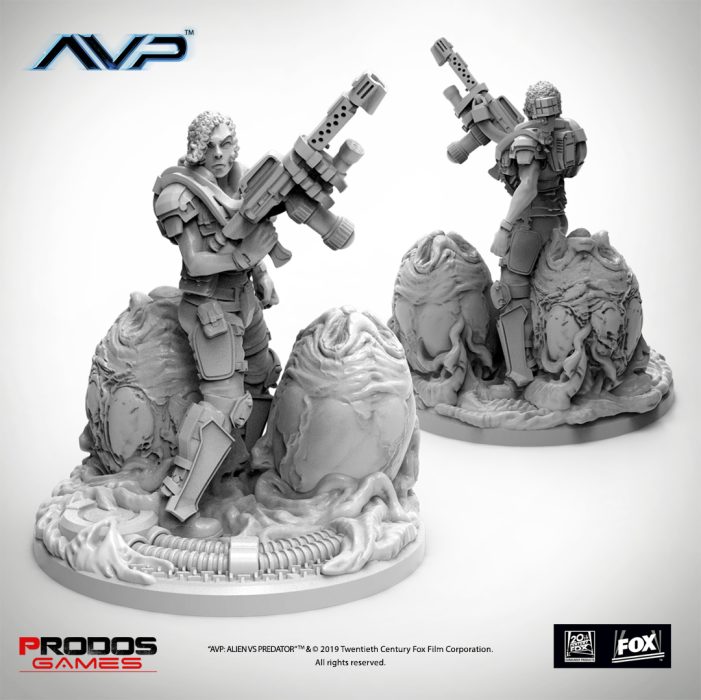 Prodos Games and Alien vs. Predator Galaxy are also teaming up once again to offer our community members a chance to win copies of the Elite Predators and pre-order bonus. So keep an eye out for the upcoming competition!