And that’s the competition closed! I’d like to thank everyone who took part in the competition. This one turned out to be a little harder than I was expecting. The correct answer was 3. Predator: Concrete Jungle.

While it was still a tougher competition that I’d anticipated, plenty of you still got it right! So congratulations to our three winners: Chris Lowe, Leon (no last name given) and Sean Simonson. Emails have been sent to you requesting shipping addresses.

Alien vs. Predator Galaxy and the good folk over at Prodos Games are teaming up once again to give members of our community a chance to get their hands on one of three copies of the recently announced Elite Predator expansion and Female Marine with a Flamer pre-order bonus for Aliens vs. Predator: The Hunt Begins!

Each of the new Hunters come with something new: The Scimitars Predator brings a Shuriken to the game. A throwing, ranged weapon which doesn’t inflict much damage, but ignores all negative modifiers to RS while in use. All of the hidden Aliens on infected tiles and targets on engaged tiles – suddenly become easier to take down. The Glaive Predator comes with a Ceremonial Dagger in his equipment. Think you are safe making a successful armour save against this weapon? Think again and Re-roll please! And last but not least – we introduce a classic Alien Versus Predator weapon, the Speargun, which is wielded by the Whip Predator. This unique weapon provides an ability that hits additional targets while performing a shooting action. Yes, spear projectiles go straight through their targets.

All of the Elite Predators come with the Expert Hunter passive ability. It’s a more advanced version of the Seasoned Hunter skill. Every time the Expert Hunter is revealed, it may move one tile, including towards the enemy.  That’s the difference. 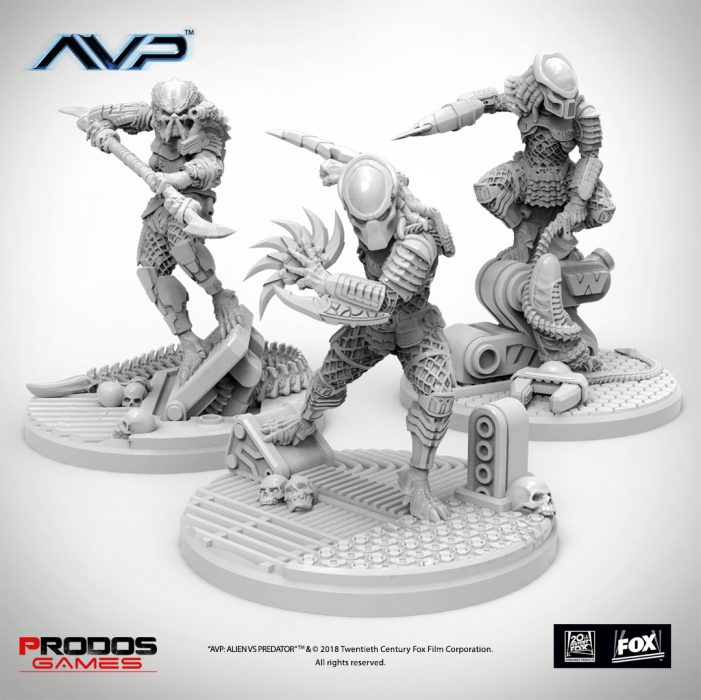 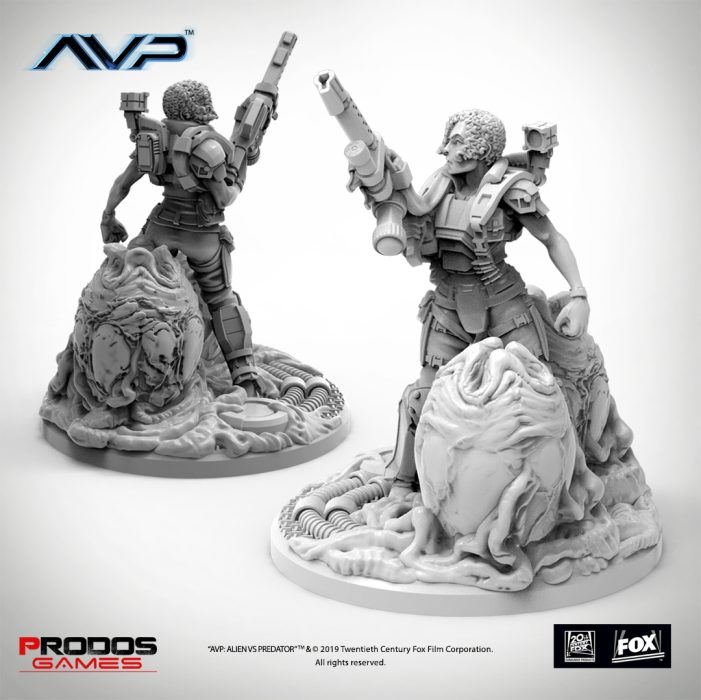 So I can hear your nervous clicking of mandibles as you’re wondering which puzzle you will have to solve to be entered into the draw to win! The new Elite Predator known as the Whip Predator carries not only his name-sake whip but also a speargun. 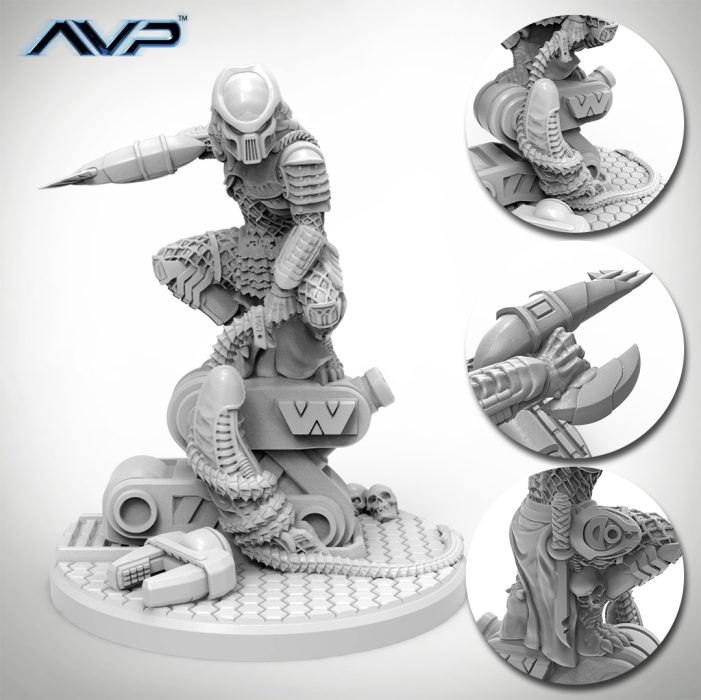 Though the rifle itself has never been seen in a movie, there have been a handful of interpretations of the speargun in various games. We would like to know which particular game the Whip Predator’s speargun is inspired by!

Thanks again to our friends over at Prodos Games! If you’d like to learn more about the Aliens vs. Predator: The Hunt Begins then head on over to their website and check out the game!

The Elite Predators are available for pre-order now for £30 and are expected to ship on the 1st of March.