Prodos Games has just announced it’s August releases for their Aliens vs. Predator – The Hunt Begins miniature game. Next month we’ll be seeing a unicast release of the Praetorian, a unit they’ve previously released in multi-part. Also due for release next month is a new leader unit for the Alien faction, the Evolved Warriors!

As a xenomorph hive grows in size, on occasion, a Warrior will mutate into a unique type of its own. Highly adaptable, these creatures are often mistaken for a standard Warrior until it is too late for their enemies. Some of them are able to spray acid at close range onto multiple enemies at once, others can camouflage their exoskeleton to blend into their surroundings to leap upon their foes, and some of them are even able to heal the most grievous of wounds almost instantly. 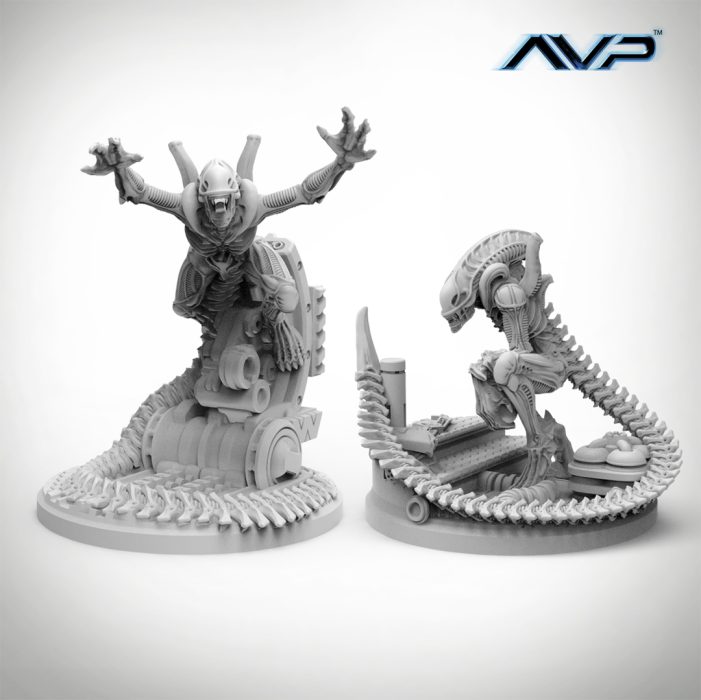 Both expansions are due for release on the 14th of August and are currently available for pre-order. All pre-orders will also come with an awesome looking Specimen 6 miniature, based on the Alien you play as in Rebellion’s Aliens vs. Predator (2010)! 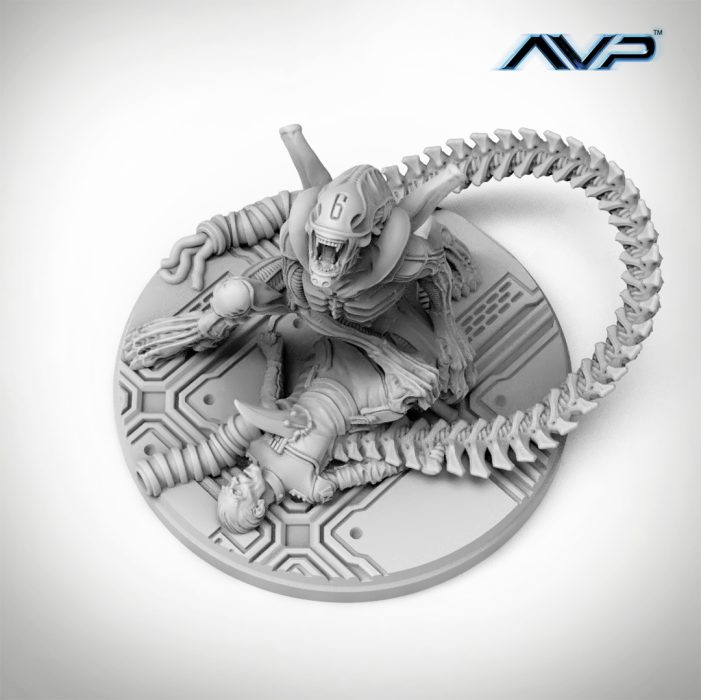 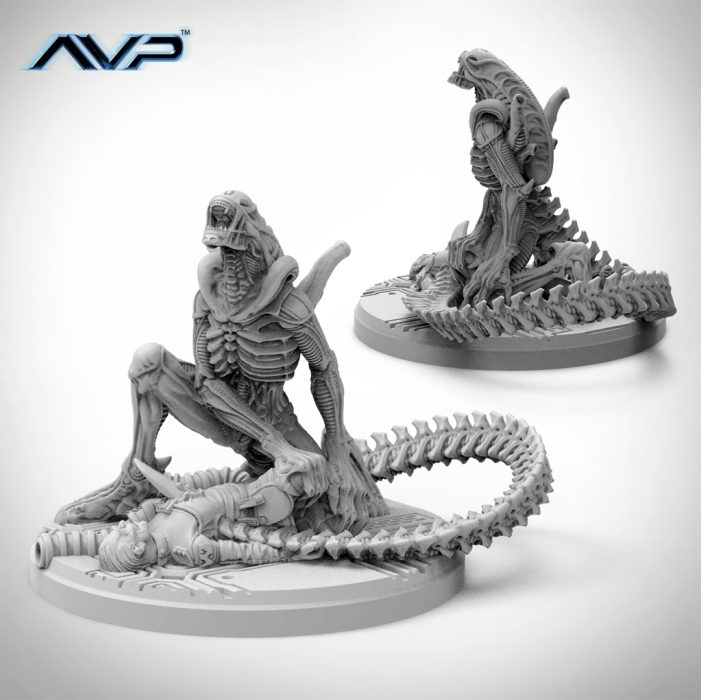 Alien vs Predator Galaxy and Prodos Games are also teaming up again to give members of the Alien and Predator community a chance to win some of these awesome new miniatures so be sure to check back in for details later.