San Diego Comic Con 2018 has officially kicked off and before Shane Black and some of the cast take to the stage in Hall H later today, some of the regular Alien & Predator merchandise producers are showing off some upcoming products!

Hot Toys and Sideshow have announced they’ll be producing a sixth scale figure based on the Fugitive Predator from The Predator! 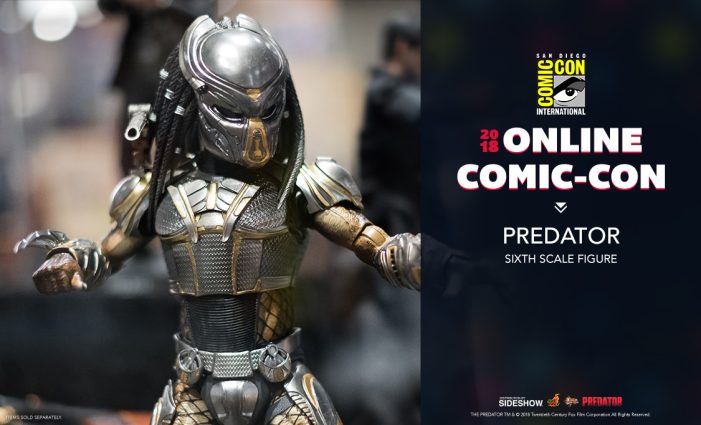 NECA are also at the event with their usual amazing Alien and Predator display showing off a lot of upcoming figures including the recently unveiled Fugitive Predator, a deluxe Lasershot Predator, a Kenner homage to Drake and their Kenner inspired Aliens Series 13 consisting of the Apone, Snake Alien and the Scorpion Alien. 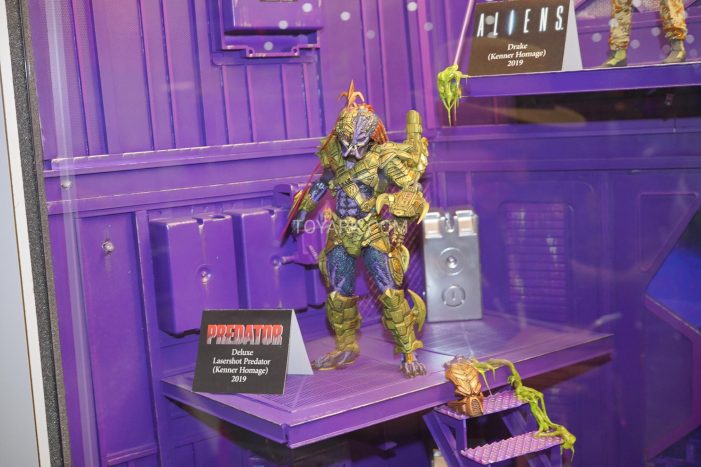 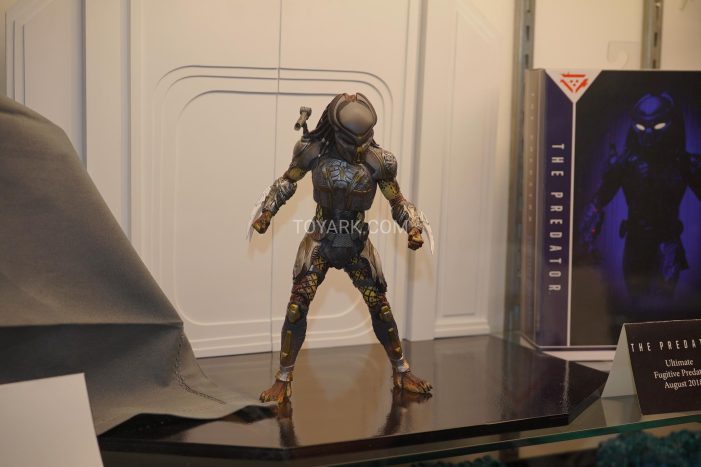 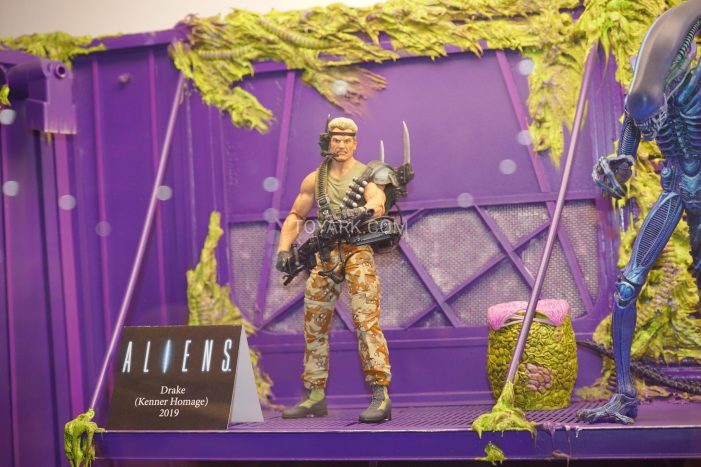 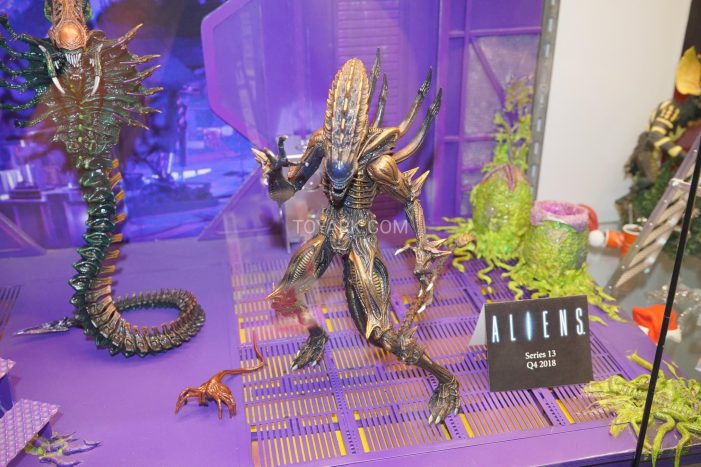 NECA is also showing off a prototype of their upcoming deluxe “Assassin Predator” aka the Upgrade/Ultimate Predator! 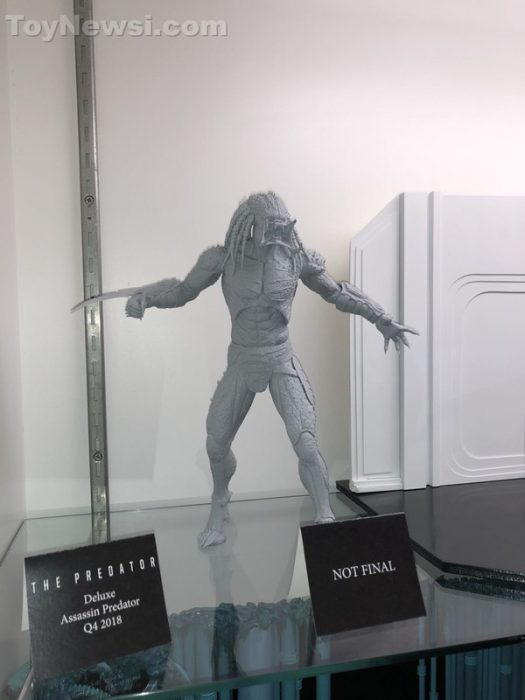 In addition to our first look at NECA’s Upgrade Predator, the company has also unveiled the contents of their Alien Resurrection themed Series 14, with prototypes of the Newborn, Ripley 8 and the Alien Warrior on display! 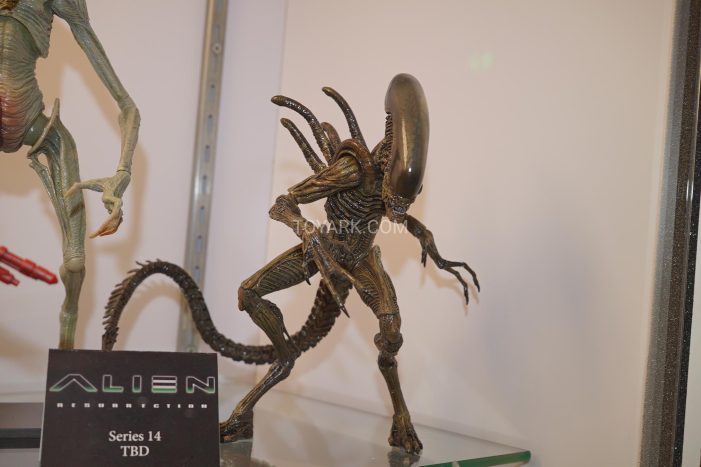 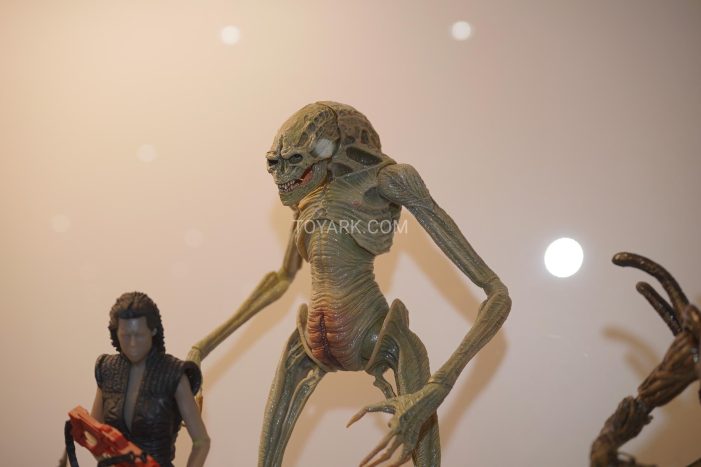 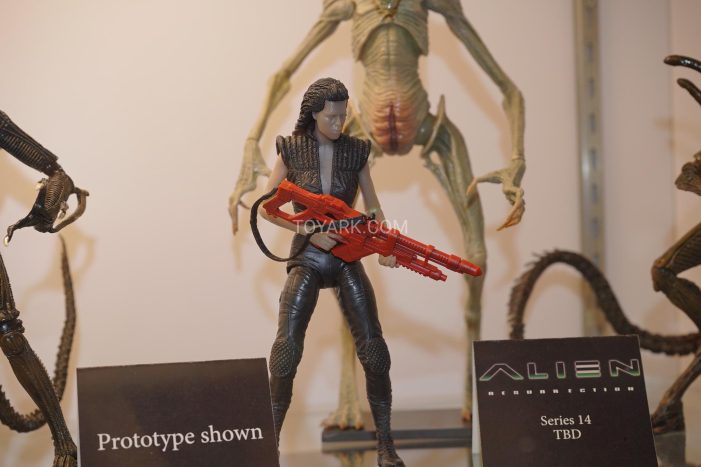 Head on over to ToyArk and Toy News International for a look at their full galleries and more of the NECA booth! Dane Hallett and Matt Hatton will also be at SDCC on Friday, selling advanced copies of their upcoming Alien: Covenant – David’s Drawings and giving away exclusive prints along with purchases so go check them out!

Be sure to keep checking back in with Alien vs. Predator Galaxy over the next few days as we’ll be covering The Predator presentation later today and any other major Alien or Predator announcements that come out of San Diego Comic Con! You can follow us on Facebook, Twitter, Instagram and YouTube to get the latest on your social media walls. You can also join in with fellow Alien and Predator fans on our forums!