After Alien: Covenant’s release we had the opportunity to speak to Alien: Covenant illustrators Dane Hallett and Matt Hatton. During our chat we talked about their desire to write a David’s Diary, so to speak.

Fast-forward to nearly a year later and that book has been announced! Matt Hatton confirmed the book’s existence on his Instagram page earlier today.

“We’re pretty excited to announce that yes finally there will be a book of David’s studies that Dane and I did for Alien: Covenant. Coming from Titan Publishing. It will be launched and we’ll be doing a signing at SDCC this year! Haven’t seen anything of the book yet but hopefully it will be something cool for all those fans (thank you) that asked for it!”

San Diego Comic Con takes place on the 19th of July. No news as to the worldwide release of the book at the minute.

Make sure you stick with Alien vs. Predator Galaxy throughout the day for all the latest news Alien Day 2018 has to offer! You can follow us on Facebook, Twitter and Instagram to get the latest on your social media walls. You can also join in with fellow Alien and Predator fans on our forums!

Update: Later on during Alien Day, the official Alien Anthology Twitter account also posted about the upcoming book. It will actually be released under the title of Alien: Covenant – David’s Drawings and consist of 2 books that “gives readers an insight into the most intriguing character from the Alien prequels.

The in-universe sketchbook contains over two hundred illustrations from the set and will take you inside the mind of David. Then read Developing the Art of an Android for an interview with Dane Hallett and Matt Hatton, the artists behind all of the beautifully grotesque sketches.” 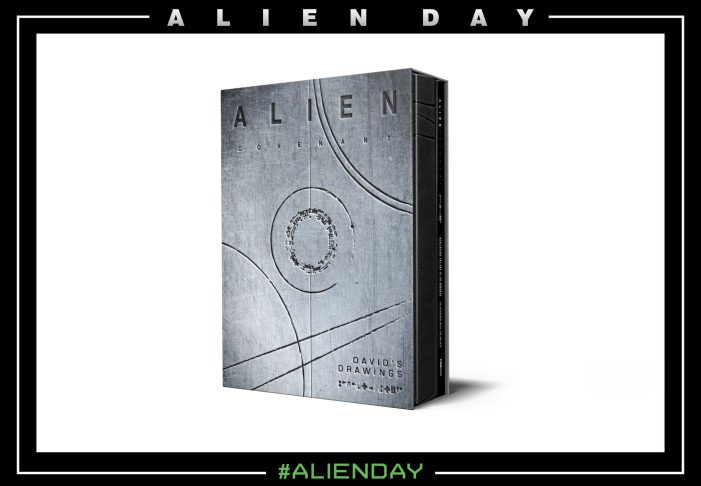 The book is currently slated for general release on the 4th of September 2018. Now for UK fans, it is now available for pre-order from Forbidden Planet.