NECA Predator Series 14 will be the first of NECA’s Predator figures to feature any of the Predator characters from Paul Anderson’s Alien vs. Predator and NECA have posted up their Closer Look gallery:

“In honor of both #prednesday and SDCC Preview Night, enjoy a closer look at the deadly members of Predator Series 14 as they lay waste to some unsuspecting Xenomorphs! Celtic, Scar, and Chopper are set to arrive in late September — in the meantime, check out the photo gallery below, or swing by our booth at Comic Con to see them in person.” 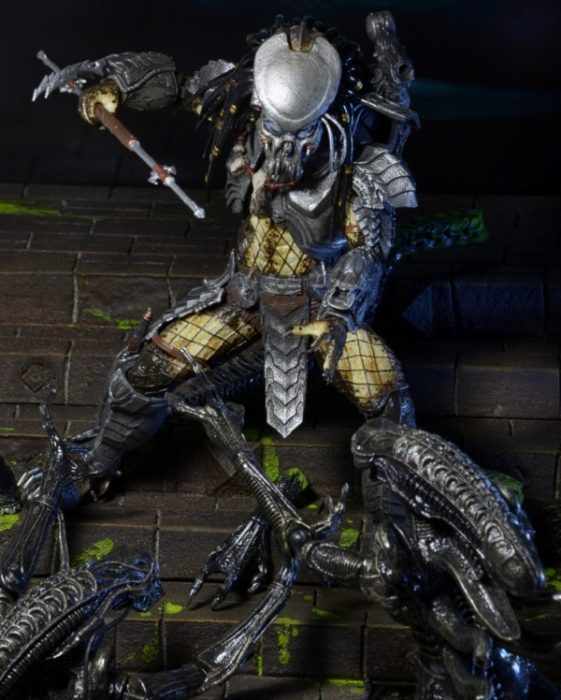 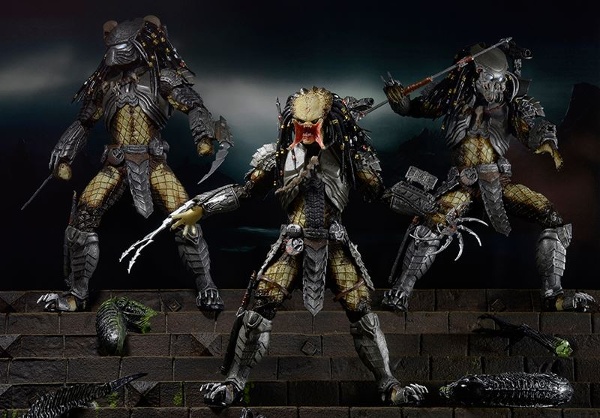 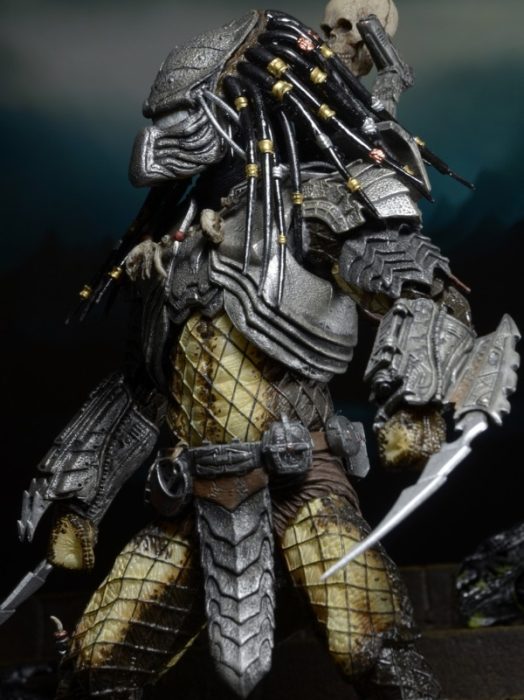 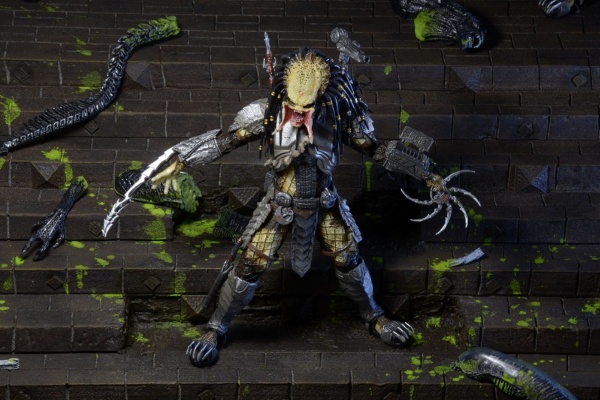 NECA Predator Series 14 features Celtic, Gill/Chopper and an unmasked variant of Scar. NECA are going to be in attendance at San Diego Comic Con where they will have the Ambushed Predator SDCC exclusive: “Inspired by the classic Kenner mail-away version from the early 1990s. Comes with 2 removable masks, backpack and 2 large battle blade weapons.”

Also on the horizon is the 25th Anniversary Dark Horse Comic Book Predator that will be released next week. NECA Predator Series 14 is due for release in September.

Update #1 (09/07/15) – If you head on over to Toyark you can find their lovely big gallery of NECA’s Aliens and Predator figures from San Diego Comic Con. These include: 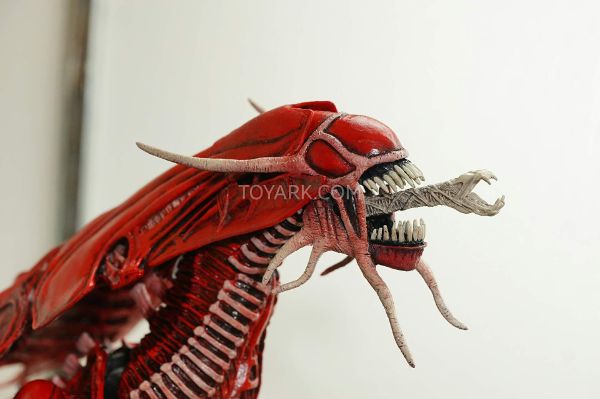