“It includes the first-ever Lambert with an authorized likeness, as well as two new Alien figures: one from Dark Horse’s Aliens: Defiance comic book mini-series, and a classic Kenner Alien tribute that’s cast in translucent blue plastic just like the original.

Both Xenomorph action figures stand over 9” tall and feature over 30 points of articulation with bendable tails.” 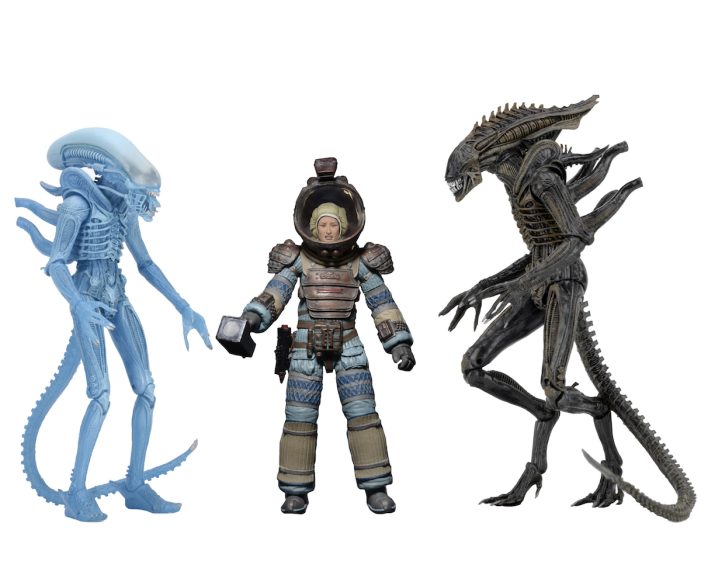 Series 11 sees the release of NECA’s first Lambert figure and continues with their tributes to the old 90s Kenner figures. NECA has been releasing Predator tributes for some time now but Series 10 was the first time (not counting the Alien vs. Predator 2-pack tribute) that NECA released Kenner tributes for the main Aliens series.

The Aliens: Defiance figure is based on Tristan Jone’s design from Dark Horse Comics’ fantastic Aliens: Defiance comic series which you should pick up if you haven’t already! Aliens Series 11 is currently slated for release May 2017.

You can find out more over at NECA’s website!