Unveiled was a new life-size bust of a female Predator “Shiranui,” which seems to be a companion piece to the “Kagero” Predator which was shown last year.

These two pieces are by renowned Japanese sculptor and make-up artist Akihito Ikeda. Check out some pictures of these incredible sculpts below. 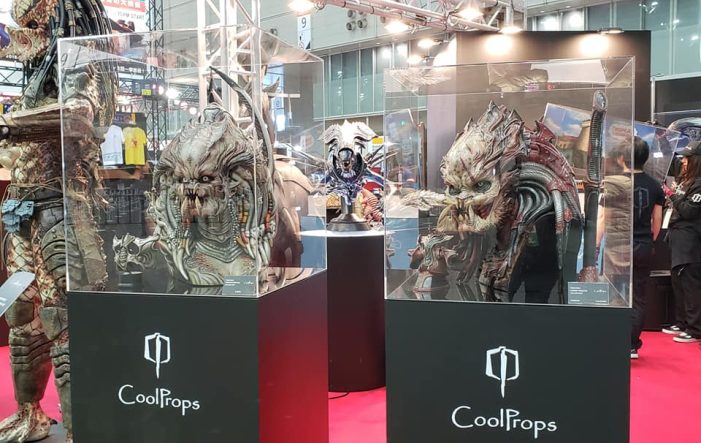 The Kagero Predator is now available for pre-order for the Japanese market, with international pre-orders opening soon and available through Sideshow Collectibles. Both Predators are striking, featuring numerous decorative adornments, as well as face-masks which cover their mouths, rather than the full bio-helmets we’re used to seeing on Predators. A very Samurai look if you ask me. 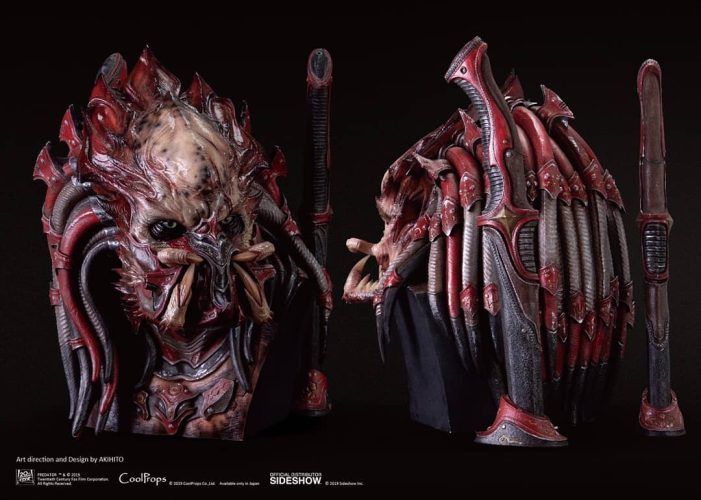 Akihito has done a number of live-sculpting sessions at conventions, and at last year’s Tokyo Comic Con, he sculpted a female Predator as well as a Predalien Queen. I thought these sculpts looked great when I first saw them, especially for quickly-done live presentations, and I’m happy to see his female Predator evolve into this finished product.

CoolProps and other producers such as Prime-1 work with a number of different artist to create their collectibles. Artist Stéphane Faure, (AKA Beesub) also had a prototype on display at the booth for a new 1:3 scale Alien Warrior Maquette, as depicted in the film Aliens. 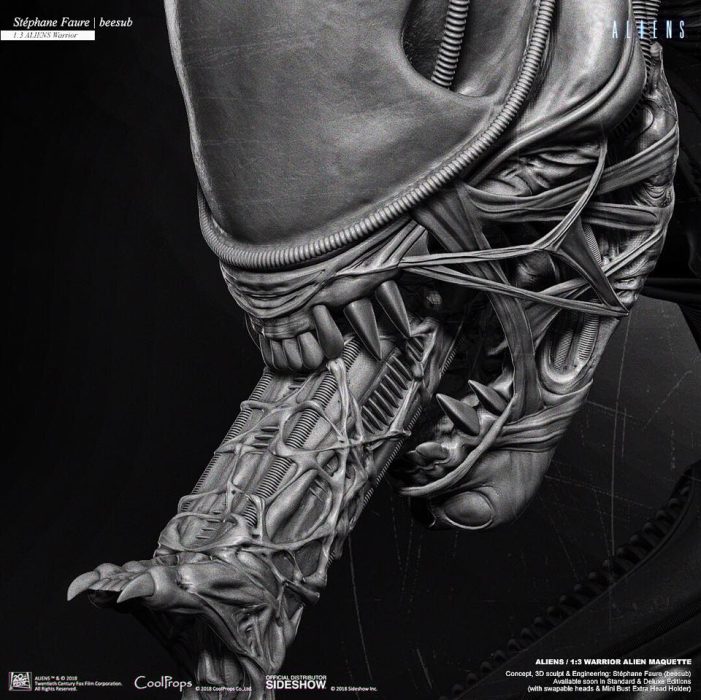 Beesub previously sculpted the AVP Alien Queen for CoolProps, which can now be pre-ordered from Sideshow.

Here’s a video giving a tour of the CoolProps booth at Tokyo Comic Con, which shows of these as well as a number of other CoolProps collectibles:

Are you planning to pick up any of these premium beauties? Let us know in the forum!

UPDATE: The Kagero Predator is now available to pre-order through Sideshow Collectibles.