It seems as though ‘Alien 5’ was quite close to entering pre-production back in the fall of 2015 before ultimately being shelved for the studio to focus on Alien Covenant.

Coming to us from entertainment news website Omega Underground, production designer Philip Ivey, who had previously collaborated with Neill Blomkamp on both District 9 and Elysium was attached to begin work on Alien 5. Whatever criticisms there are of Elysium, the production design is typically not high on the list of them. 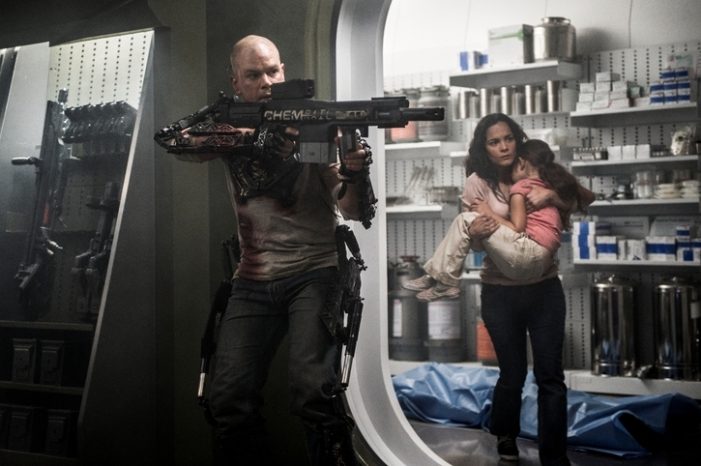 “In May 2015, we caught wind that Alien 5 was eyeing Vancouver, British Columbia, Canada for production shoot that fall. Our own new information reaffirms this and adds that Johannesburg, South Africa was also being looked at. The latter was likely chosen to keep production costs down on the project as District 9 and Chappie were shot there.

Blomkamp has since made British Columbia his home base for his production company Oats Studios, where it has been grinding out some excellent short films over the last little while. Shane Black’s The Predator would eventually shoot in Vancouver as well.”

They go into speculation that Ridley Scott likely had a direct hand in compromising the film to maintain control of the franchise, which seems possible given that Scott had denied the project was anything more than a 10 page idea, and yet all evidence including statements from Sigourney Weaver and James Cameron point to the contrary. This appears to be corroborated from an interview with Neill Blomkamp last year, in which he said:

“We put together essentially a script and all the artwork and that’s what I went to 20th Century Fox with. They seemed really into it and Ridley came on as producer and then it just unraveled.”

Omega Underground is not specific about how they obtained this information, but it’s unsurprising that Neill would have brought on Philip Ivey for production design after having worked with him on multiple sci-fi films. 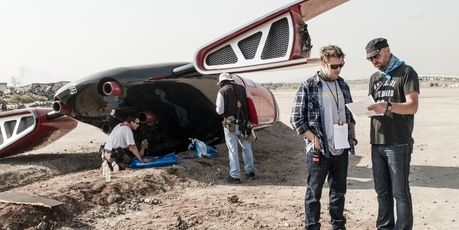 Director Neill Blomkamp and Production Designer Philip Ivey on the set of Elysium (2003).

While Scott is determined to continue his Alien prequels, saying “they’re crazy if they don’t.” It’s looking increasingly clear that Fox is uncertain of how to proceed with the franchise, and will likely remain so until the acquisition of their properties by Disney is finalized.

Neill Blomkamp recently posted some additional concept art from the project, and while that may be nothing more than his lamenting of how things turned out, some have expressed that the timing with the Disney acquisition hardly seems coincidental.

Personally, I feel that given his collaboration with franchise heavyweights such as Syd Mead and StudioADI, and continuing to generate enthusiasm from fans this long after cancellation, Neill Blomkamp remains a logical choice to direct a series installment, regardless if the story is what was originally planned or something entirely new.

Thanks to Omega Underground and Whos Nick for the news.