The good folk over at HN Entertainment recently had the opportunity to talk to Amalgamated Dynamics Inc‘s Alec Gillis and the topic of Neill Blomkamp’s Alien 5 inevitably came up. Though unable to talk in much detail about ADI’s work on the film, Alec did reveal that Neill had been intending to go practical with the Alien effects and re-affirmed that the asthetic would have referred closer to H.R Giger’s original design.

“That’s why I was looking forward to Neill Blomkamp’s Alien 5 because that would have given us the opportunity to do more in the spirit of Giger’s alien. We were looking at the 1979 alien all the way but Neill did want changes to make on it. As great as Neill’s CGI looks, I don’t know if you’ve seen the latest thing he did Anthem? His CGI just looks so there and present, Chris Harvey his VFX supervisor they just have a great team.

And I said to Neill like ‘Why aren’t you doing this all digitally?’ cause if it’s biomechanical and harder-edged it lends itself to digital and I’m just surprised that a digital. He said ‘I want real a real man in a suit on set because it forces you into a certain way of shooting that would be more like what Ridley Scott did in the first film. If it’s all digital I won’t have those parameters work within and it’s gonna end up looking like something different and I don’t want that, I want it to look like Ridley Scott did it’. That’s how he thinks and I can guarantee you there’s no studio executive in the world that would say that because they don’t see things in that specific and nuanced of a way.” 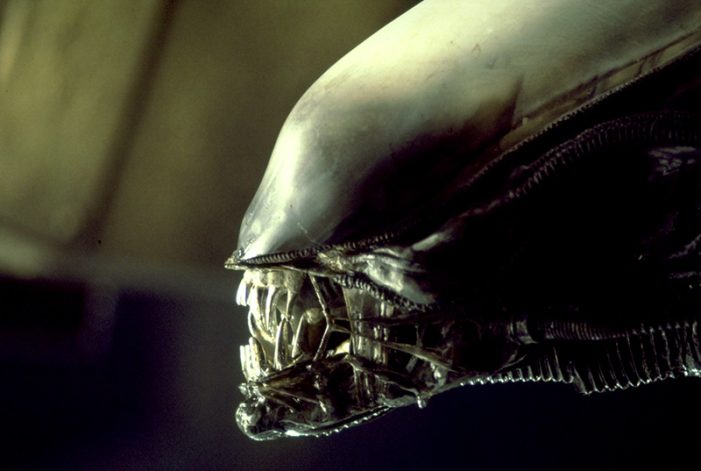 Last October Blomkamp released an image of a marquette that ADI had done for the film, showing an Alien that looked very much like Giger’s original Alien – except this one had an extra set of arms.

Repost from @neillblomkamp who allowed us to play in his ALIEN5 universe. Happy he’s letting you all see some of the design work we did. There’s no doubt in my mind you would have loved what Neill had planned. Project supervisor @h2.originals This sculpt is by @monsterman03gmail along with @monstermania2017 and @ayumi.fx . Molds by @jon_k_miller with tech work by @saratheterra and Brian Clawson. @paulkomoda had a hand in other design/sculpt on A5 too. If I missed anybody’s name, chime in!

Though Neill Blomkamp has previously said that his Alien 5 is dead in the water, James Cameron recently commented that he was working on making Blomkamp’s vision of an Alien film a relatively. How serious that comment was still remains to be seen.