Earlier this week Neill Blomkamp shared a new image on his Instagram account of an Alien sculpt from Amalgamated Dynamics Inc, saying how much he enjoyed working on Alien 5. ADI’s Alec Gillis has since regrammed the image with some added context and credits!

Repost from @neillblomkamp who allowed us to play in his ALIEN5 universe. Happy he’s letting you all see some of the design work we did. There’s no doubt in my mind you would have loved what Neill had planned. 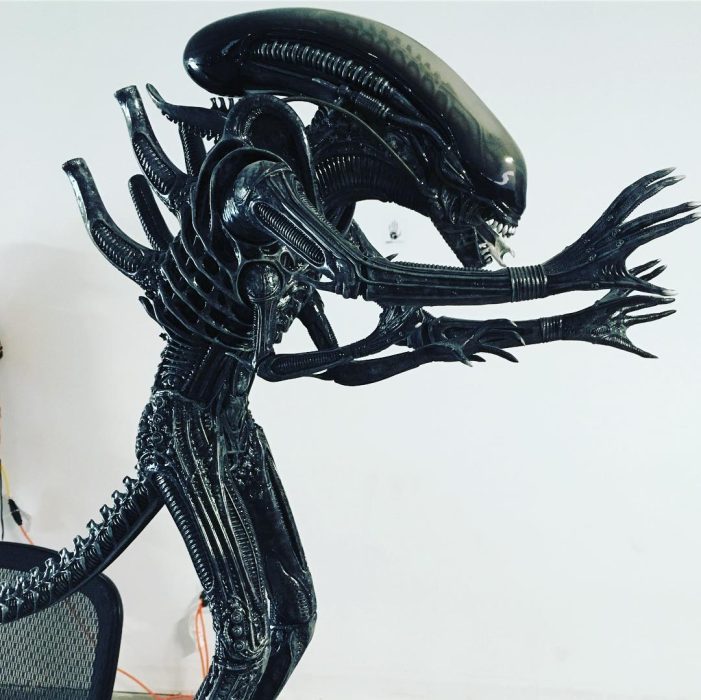 The sculpt shows a lot of influence from H.R Giger’s first Alien but with a noticeable second set of arms, much like the Alien Queen. While we don’t know much of what Blomkamp’s Alien 5 would have looked like, we know it went under the codename of Red Harvest.

Frequent Alien series concept artist Carlos Huante previously shared – and then took down – some concept art he did for the project which showed a lot of mutated Aliens, many of which also had two sets of arms.