Farzad Vrahramyan, an artist who regularly works with Amalgamated Dynamics Inc. and on the Alien and Predator films, has just uploaded a piece of artwork he contributed to Neill Blomkamp’s Alien 5! 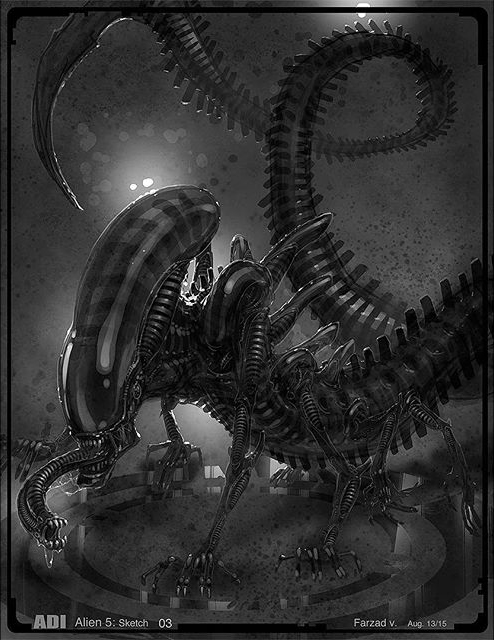 Like much of the creature concepts we’ve seen of Blomkamp’s Alien 5 (aka Red Harvest), Farzad’s concept continues in the direction of mutated Aliens. Another frequent artist who works on Alien films, Carlos Huante, previously post – but then took down – some artwork he did for Alien 5 which showed a lot of mutated Aliens. A lot of those concepts also had dual sets of arms, something we saw in the design marquette ADI shared last year.

Thanks to Alien Explorations for the news! Keep a close eye on Alien vs. Predator Galaxy for the latest Alien news! You can follow us on Facebook, Twitter and Instagram to get the latest on your social media walls. You can also join in with fellow Alien fans on our forums!

Update 05/03/2019: Unfortunately the artwork was removed from Instagram. I have uploaded a saved copy and a copy of a second piece that was also uploaded and then removed. Thanks to Nightmare Asylum for the second image. 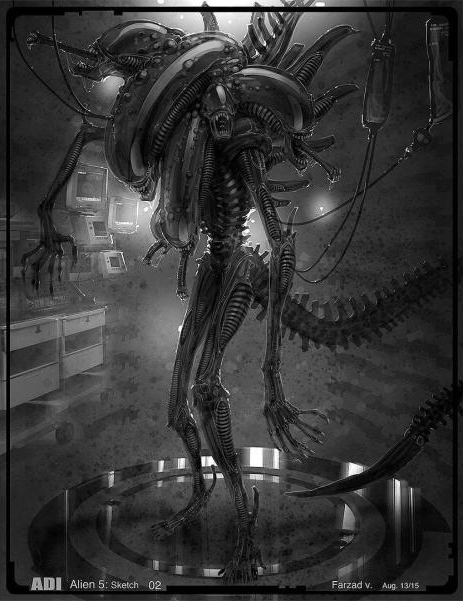