In a new interview with Funhaus, Neill Blomkamp has spoken a little about his work on and what happened to his proposed Alien 5. While the interview is primarily about his recent work on the fantastic Oats Studios, the hosts can’t help but sneak in some questions about Blomkamp’s involvement with existing properties such as Halo and Alien.

Blomkamp doesn’t go into specifics about the story, but he does talk a little about how far he got into working on the alternate Alien 3 and re-emphasizes that the film started as a Ripley-less film that would turn into an alternate Alien 3 after talking to her on the set of Chappie.

“I basically worked on Alien for about…I met Sigourney on Chappie and I had a different idea for an Alien film I wanted to make. So I had this idea for a story set in the world of those two first films that was not a continuation of James Cameron’s. It was just in the world of it and it had a totally different character that was the lead character. Because my assumption was that Sigourney would just never make another one and I told her about it on Chappie and she was like “No, no, no! I actually would make another one because I felt like Ripley’s story didn’t end correctly.” I was like “oh, okay. That’s amazing!”

So I went back to Vancouver and while I was editing Chappie I started to think about what I would do with Sigourney as basically a sequel to James Cameron’s film. I spent about a year working on it with only Sigourney knowing and I hired one really awesome concept artist. We put together essentially a script and all the artwork and that’s what I went to 20th Century Fox with. They seemed really into it and Ridley came on as producer and then it just unraveled. “ 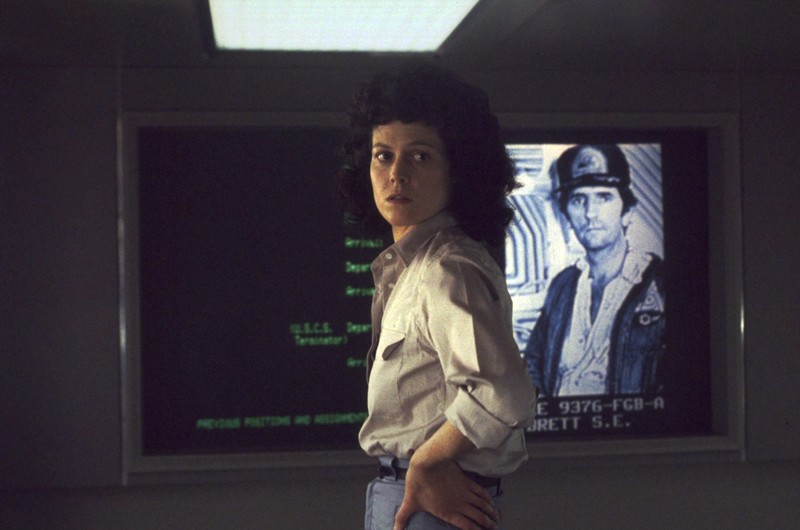 Blomkamp does go on to talk a little about the film’s apparent cancellation. Again, he doesn’t go into specifics but seems to hint at it being due to Ridley’s involvement as producer.

“It’s very difficult to speak about on several levels because Ridley created Alien. It was something that inspired me deeply. I got into film because of it. Everything that happened with my script and with the way the film collapsed – it’s hard to talk about it without it seeming like I’m bashing him which is like one of my idols to get into film. It’s a super strange psychological place but films go down in Hollywood all the time. That’s just essentially, I think, what happened and it sucks for me…It’s not that it sucks for Sigourney, it’s not going to make any difference to her, but I think she really did like the story because it allowed Ripley to…it really felt like a cool third film.”

Last month, Blomkamp was asked about the current condition of the film where he re-affirmed that the film was unlikely to happen: “I think it’s totally dead, yes. That would be an accurate assumption at this point.

It’s sad. I spent a long time working on that, and I feel like it was really pretty awesome. But politically, the way it’s gone now, and the way that it all is — it’s just not going to live.”

Thanks to HippyHunter7 via r/LV426 for the link. Keep a close eye on Alien vs. Predator Galaxy for the latest Alien news! You can follow us on Facebook, Twitter and Instagram to get the latest on your social media walls. You can also join in with fellow Alien fans on our forums!