We have just uploaded our new interview with Ian Whyte. Back in 2007 AvPGalaxy had the opportunity to speak to Ian Whyte whilst he was working on Aliens vs. Predator: Requiem. I recently had the chance to catch up with the basketball player turned actor that played the Predator in two Alien vs. Predator films and took up the mantle as a member of the enigmatic race that has intrigued fans since Alien’s release in 1979 – the Engineers.

“The alien language was developed by a very learned linguist, Dr Anil Biltoo. Who is not only “the linguist” from Prometheus, he is the head of languages at the SOAS language centre at the University of London. It was derived, or inspired by an early root language about 10000 years old, long before Asian and European languages began to develop independently. Initially I spent a good few hours learning the intrinsic intonations and then went away with a few paragraphs that had been translated into “Alien” to learn verbatim as practice before the actual script.

One of the paragraphs was the tears in rain scene from Blade Runner. A film I am very, very familiar with. But the words “Tannhauser” and “Orion” did not translate into the alien language because they are names. As a result they stood out from the text very conspicuously and gave away the entire meaning of the exercise. As soon as I realised what I was reading, my mind automatically translated it back into English, (and into Rutger Hauer’s voice as well probably) and tears welled up within me, such is the emotive power of that scene. I went back to the producers and said, “look, I appreciate the need for practice, but you’ve got to let me see the script. This is Blade Runner and every time I read it I cry! I need to study it and learn it with relevance to my own character.” 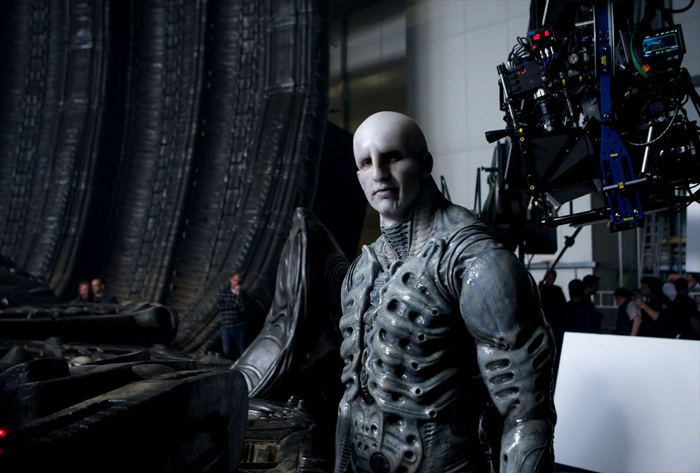 In our latest interview with Ian Whyte he talks to us about learning to speak Engineer.

In our interview with Ian Whyte he talks to us about his experience filming both Alien vs. Predator films, how he got involved in Prometheus and learning how to talk Engineer. He also takes about his transition from basketball to acting and just what it’s like to act under all that rubber and make-up!

Make sure you check out the interview in its entirety! You can also read our previous interviews in the Interviews section. I’d like to thank Ian once again for taking the time to answer our questions.