We have just uploaded the 63rd episode of the Alien vs. Predator Galaxy Podcast (right-click and save as to download)! Our latest episode features an interview with Ian Feuer. His may not be a name with a connection that instantly jumps out at you but Ian Feuer literally filled the shoes of Ian Whyte as the Wolf Predator (and pretty much every other Predator seen in the film) for several weeks of reshoots that took place on Aliens vs. Predator: Requiem. 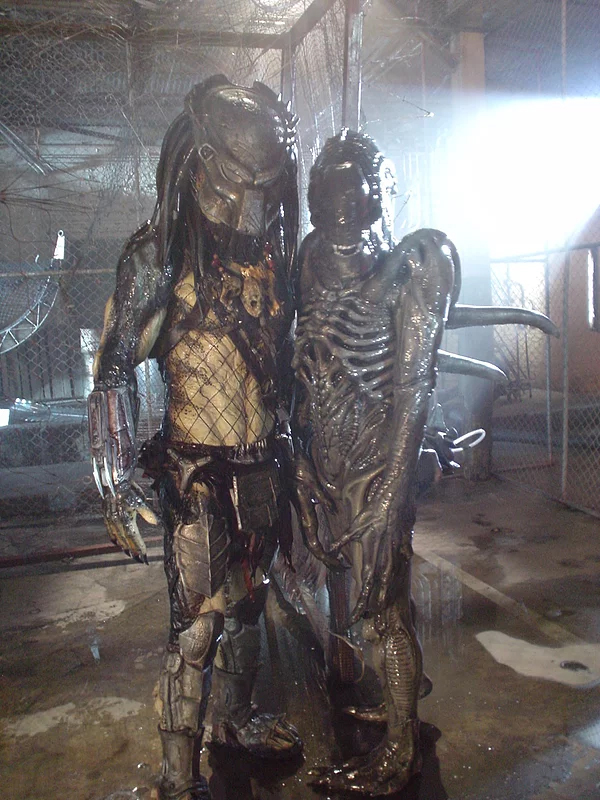 Ian Feuer, in costume as Wolf, alongside Tom Woodruff in the Alien suit.

We discuss going from being an athletic to performing as an intergalactic hunter, what it’s like to play football as a Predator, how the Predators use the toilets and plenty more! You can check out some snippets of the scenes Ian performed in, as well as the football themed ads that Ian helped creature over on Ian’s website!