Eleven new behind-the-scenes pictures from AvP Requiem have been posted over at The Hunter’s Lair forums. The person in the suit is a stunt double for Ian Whyte, I assume. Just a guess but I think this scene takes place at the beginning with the Predators on the ship. 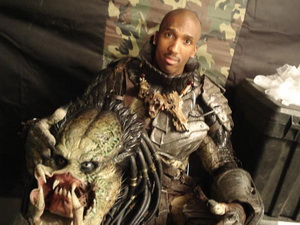 The last picture is of Celtic Predator from AvP1. Looks like they’ve re-used the same suits from the first film. Thanks to TheUrbanPredator for the news.