We have just uploaded the 41st episode of the Alien vs. Predator Galaxy Podcast (right-click and save as to download)! Our latest episode sees Xenomorphine and I chat with David Watson, a Colonial Marines performer from the Alien War attraction that operated in London Trocadero during the early 90s. 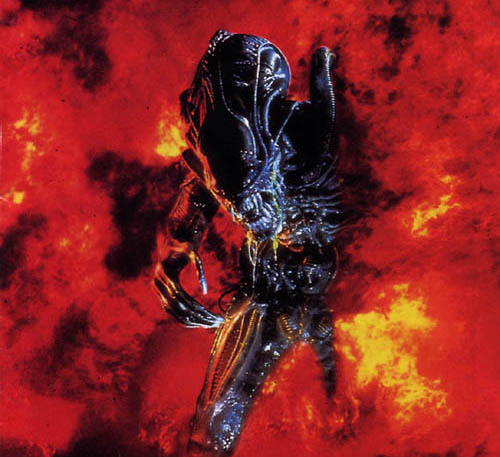 The 41st episode of the Alien vs. Predator Galaxy podcast features an interview with David Watson, a Colonial Marine performer from Alien War.

David worked at Alien War for the first few months when the attraction opened in 1993. He discusses the audition process, traveling through the London Underground with a Pulse Rifle sticking out his bag, the early days of the Alien War, the opening night, slamming a door on an Alien’s hand and plenty more! We did suffer occasional connection issues, where the audio quality fluctuates but it’s not very frequent thankfully.

We had the fortune of meeting David through the Weyland-Yutani Bulletin so shout out to those guys and girls! As we discussed in the podcast, you can check out The Harry Harris Aliens Collection & Archive for more information on Alien War, including an interview with Harry from the Alien Trilogy Fan Club newsletter. We also mentioned David’s YouTube channel with several clips regarding Alien War.

You can also listen to any of our previous episodes in the Podcast section under the News tab on the main menu. Were you one of the lucky ones who experienced Alien War? We’d love to hear some of your stories! Thanks for listening.