Now for some Alien War news. The creator, Gary Gillies, has uploaded some new concept art for the new Alien War attraction on the Alien War Myspace page. 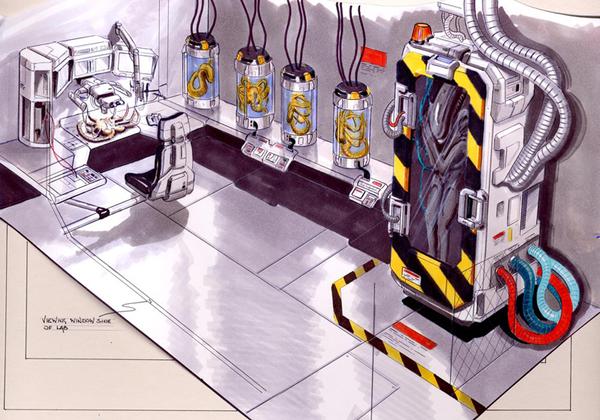 There’s six pieces ranging from a laboratory to an egg chamber. Check them all out in our gallery. Earlier this month, it was revealed that the people behind Alien War will be adding Predators to the mix. This new attraction called, AvP War, will run along side the Alien War attraction at select times. Thanks to HauntedAttractions for the news.