Today is Disney+ Day! And Disney has used the event to announce that Dan Trachtenberg’s upcoming Predator film – aka the Predator film formerly known as Skulls – is now titled Prey! The details still remain largely under a veil of secrecy, but we now have a synopsis released through the announcement thanks to Deadline.

Today, we learned the plot line with the pic set in the world of the Comanche Nation 300 years ago, following Naru, a skilled female warrior who fiercely protects her tribe against a highly evolved alien predator.

We now know that Prey is set around 1700, and the main character is named Naru, rather than Kee as she was known in the earlier leaks. This news also comes with the first official confirmation that Naru will be played by Amber Midthunder. 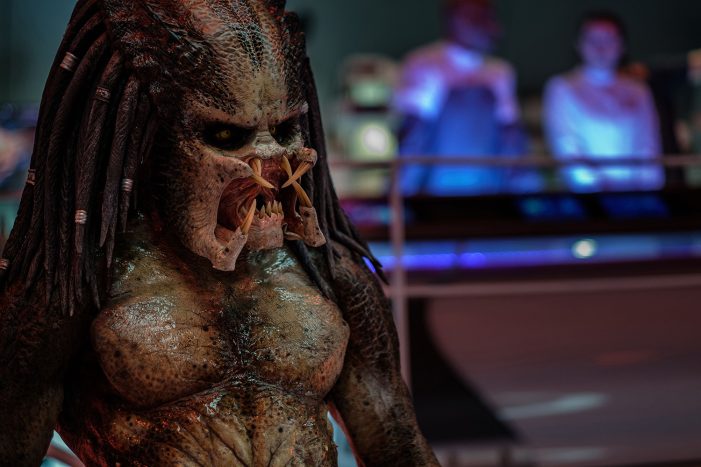 Variety’s coverage of the announcement states that Prey will be released summer of 2022 via Hulu – as previously suggested by Marc Toberoff, the Thomas Brothers lawyer for the on-going copyright lawsuit – in the United States, with the film going to Star for its international release.

We should also be seeing our first official still and logo from the film later today, so make sure to keep checking back in! Thanks to whos_nick for the heads up!

Alien vs. Predator Galaxy also recently had the chance to talk to Amalgamated Dynamic Inc’s Tom Woodruff, who discussed a little about ADI’s experience working on Prey, telling us that “it was such a great cohabitation” working alongside the film’s visual effects team.

Make sure your browsers are locked into Alien vs. Predator Galaxy for the latest Prey news! You can also follow us on Facebook, Twitter, Instagram and YouTube to get the latest on your social media walls. Be sure to join in with fellow Alien and Predator fans on our forums as well!