When the news broke last week that original creators Jim and John Thomas were suing Disney to reclaim the U.S. copyright of Predator, we studied the official legal complaint of the Thomas Brothers and tried to clear up the most common questions Predator fans might be having regarding their lawsuit.

Well now, courtesy of Deadline, we have Disney’s counter complaint for declaratory relief in our possession and once again we’ll do our best to break it down and understand the studio’s side, and what precisely Disney/20th Century Studios is fighting. 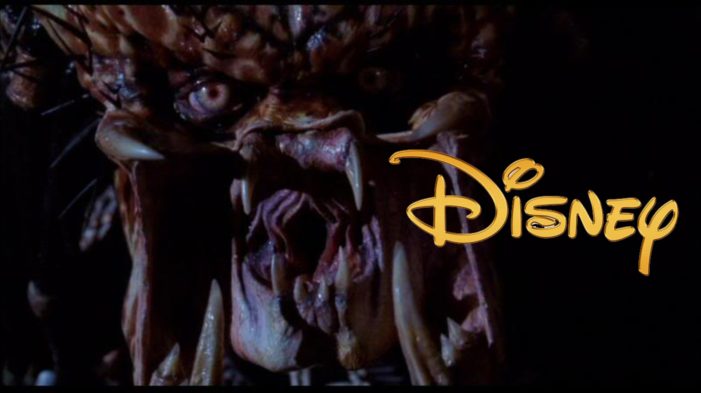 When a creator of a spec film script (not a work for hire script) sells their screenplay to a film studio, U.S. copyright law’s termination provision allows those very same creators to reclaim ownership of those sold properties after 35 years. And to start that process, the original creator must serve the studio a “Notice of Termination” or simply “Termination Notice”. This notice gives the studio the required warning that the US copyright will be returning to its original owner.

The point of contention between The Thomas Brothers and Disney does not appear to be the reclaiming of copyright ownership itself, but actually the validity of two out of three Termination Notices that the Thomas Brothers sent to 20th Century Studios.

Yes, according to Disney’s 20th Century Studios complaint, the studio has received three Notices of Termination, but they argue the first two notices were invalid.

First Termination Notice Received:
According to Disney’s 20th Century Studios legal team, Jim & John Thomas first sent a Notice of Termination in June of 2016, informing the studio that the brothers were taking back the U.S. Copyright of Predator (Hunters) on the termination date of April 17th, 2021.

But lawyers for 20th Century Studios argue that the notice they received had errors rendering it invalid, the main error being the notice referenced an incorrect copyright number.

Apparently the “Hunters” script was never registered at the U.S. Copyright office (which isn’t required by law) but the Predator rewrite script was indeed registered, which at that point was technically a work-for-hire. And that Predator rewrite copyright number was incorrectly referenced as the Hunters’ copyright number in the termination notice. So because of this, and other errors, Disney’s legal team says this first notice of termination is invalid. (They did not advise the Thomas Brothers of the error(s) however until January of 2021.)

Second Termination Notice:
According to Disney’s 20th Century Studios legal team, they received a second notice from the Thomas Brothers in January of 2021. This second Notice of Termination addressed the copyright number error in the first, indicating the number represents a revised version of their work, not “Hunters” itself. The notice also indicated that they were taking back the U.S. Copyright of Predator (Hunters) on June 14, 2022.

But lawyers for 20th Century Studios argue that the second notice was invalid too, mainly because its termination date of June 14, 2022 was under the two years required by law from the point of serving notice.

Their legal team also suggests that mentioning the revised Predator Screenplay copyright number and title Predator is an intentional and purposeful invocation of the “Predator” name, because in truth the Thomas Brothers can only be granted “Hunters”. So because of this, Disney’s legal team says this second notice of termination is invalid.

Nothing in the Disney’s countersuit complaint is indicating that this third termination notice received is invalid. They just acknowledge receipt. So, it would at least appear that this third notice the Thomas Brothers served to reclaim the U.S. copyright of Predator (Hunters) is, for now, considered valid and subsequently will come to fruition.

So what is Disney now seeking? Disney is seeking a declaration from the courts that Termination Notice One and Two is invalid along with their respective termination dates. And a ruling in their favor, provided there is no preliminary injunction, should allow Disney to continue Predator films and licensed Predator projects freely at least until January 2023.

Be sure to keep your targets set on Alien vs. Predator Galaxy for all the latest Predator and Alien news! You can also follow us on Facebook, Twitter, Instagram and YouTube to get the latest on your social media walls. Be sure to join in with fellow Alien and Predator fans on our forums as well!