When the shocking news was reported a couple of days ago that the original creators Jim and John Thomas were suing Disney to reclaim the rights to Predator, it understandably drove much of the fan community into quite a state of turmoil.

Most of the distress was due to the uncertainty regarding what would happen to the current Disney era Predator projects in the works, most notably the Dan Trachtenberg directed “Skulls” film that is currently in pre-production in Alberta, Canada.

Well we have studied the official legal complaint courtesy of The Hollywood Reporter and hopefully we will try to clear up the most common questions Predator fans may be asking. 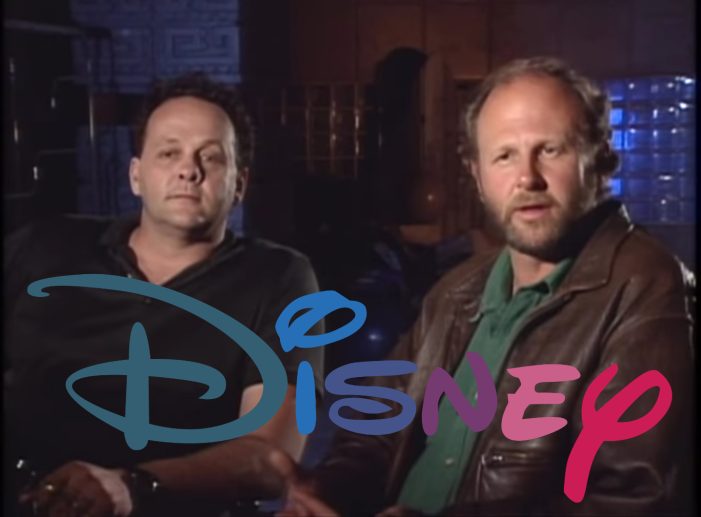 What are the Thomas Brothers pursuing?

Per their legal complaint:

The Copyright Act, 17 U.S.C. §203(a), provides authors with the inalienable right to recapture the copyright to their creative work, after a lengthy waiting period, by statutorily terminating without cause prior transfer(s) of copyright, provided advance notice of termination is given and accepted for recordation by the U.S. Copyright Office.

If the Thomas Brothers reclaim the copyright to Predator, will they gain control of the previous Predator films and works?

No. If the Thomas Brothers recapture the U.S. copyright, they will only have 100% rights of future Predator productions in the United States. All of the pre-existing Predator works, including the 1987 original classic film, will still belong to the current copyright holder (which is Disney).

Under the termination provisions, prior “derivative works” “can continue to be” distributed as before. 17 U.S.C. § 203(b)(1). Plaintiffs’ recovery of the U.S. copyright to their Screenplay therefore does not prevent Defendants or their licensees from continuing to exploit prior derivative works, including the original Predator film and TCFFC’s five sequel films.

It’s worthy to note that the legal council representing the Thomas Brothers include both Alien vs. Predator and Aliens vs. Predator: Requiem among the “five sequel films”.

According to the legal claim filed on behalf of the Thomas Brothers, when should the transfer of Predator copyright ownership from Disney to Jim & John Thomas take place?

However, Disney appears to be challenging the validity of this date of April 17th that the Thomas Brothers are claiming to be valid. And it appears the Thomas Bros are even conceding their date may not hold up in court in their complaint, so they included alternative dates in their lawsuit of June 2022 or January 2023.

The Termination Notice is valid and effective under 17 U.S.C. § 203(a) and terminates on April 17, 2021, Plaintiffs’ 1986 Grant of their Screenplay to TCFFC and that, as of said date, Plaintiffs recovered the U.S.

So this whole ordeal may be pushed out to June 2022 or January 2023 and Disney will proceed as normal with their current projects until said time. This will be up to a court Judge.

Are the Thomas Brothers trying to stop the new Disney era Predator film “Skulls” from going into production?

Yes, it would seem so. The legal representation for the Thomas Brothers indicate they are entitled to have the court issue a “preliminary injunction” on new Predator works, which is a temporary court order that would prevent Disney from continuing new Predator works until the conclusion of a trial.

Plaintiffs are entitled to a preliminary injunction, during the pendency of this action, and thereafter to a permanent injunction, pursuant to 28 U.S.C. § 2202, enjoining Defendants, their officers, agents and employees, and all persons acting in concert with them, from exploiting after April 17, 2021 (the effective termination date), new derivative works based on the Screenplay and derivative Predator film franchise, without first obtaining at arms’ length a new copyright license from Plaintiffs.

If the Thomas Brothers successfully reclaim the Predator copyright, can they license Predator right back to Disney if they choose to, if both parties agree on the terms?

Yes, but they are not required to.

If the Thomas Brothers successfully obtain ownership of the Predator U.S. copyright, they can license Predator to Disney or any other studio of their choosing (and then strike a joint deal with Disney for foreign distribution, etc..)

Now the law did allow Disney the exclusive opportunity to negotiate a U.S. re-license of Predator with the Thomas Brothers between the moment the Brothers served notice and the termination date, but that day has passed according to the Thomas Brothers lawsuit.

Congress anticipated that an author’s exercise of his/her termination right would usually result in a new license by the author to the terminated grantee (such as TCFFC). To that end, Congress provided “the original grantee” with the exclusive opportunity to re-license an author’s recaptured copyright “after the notice or termination has been served,” but before “the effective date of the termination.” Id. § 203(b)(4). The termination provisions thus reflect a deliberate balance of competing interests.

So what will happen to new Predator projects like the feature film “Skulls” slated to begin filming this June, or the ongoing Predator Marvel Comic series set to launch this November?

It’s up to the courts to decide. But until they do, for now, it seems to be business as usual at Disney.

Related News Posts
Will New Predator Content be Stopped? A...
Predator Legal Battle is Transferred to Los...
New Dates & Developments in the Legal...
The Legal Battle for Predator Takes an...
It’s Official! Disney Has Bought 20th...