After weeks of speculation, it has finally been confirmed that Disney has purchased 20th Century Fox! The full press release doesn’t seem to indicate whether 20th Century Fox will continue to operate as it’s own entity under Disney’s ownership or if all of Fox’s properties will be absorbed under the Disney banner, nor does it specifically name-drop the Alien or Predator series when listing the bigger Fox properties.

“The Walt Disney Company and Twenty-First Century Fox, Inc. today announced that they have entered into a definitive agreement for Disney to acquire 21st Century Fox, including the Twentieth Century Fox Film and Television studios, along with cable and international TV businesses, for approximately $52.4 billion in stock (subject to adjustment). Building on Disney’s commitment to deliver the highest quality branded entertainment, the acquisition of these complementary assets would allow Disney to create more appealing content, build more direct relationships with consumers around the world and deliver a more compelling entertainment experience to consumers wherever and however they choose. Immediately prior to the acquisition, 21st Century Fox will separate the Fox Broadcasting network and stations, Fox News Channel, Fox Business Network, FS1, FS2 and Big Ten Network into a newly listed company that will be spun off to its shareholders.

“The acquisition of this stellar collection of businesses from 21st Century Fox reflects the increasing consumer demand for a rich diversity of entertainment experiences that are more compelling, accessible and convenient than ever before,” said Robert A. Iger, Chairman and Chief Executive Officer, The Walt Disney Company. “We’re honored and grateful that Rupert Murdoch has entrusted us with the future of businesses he spent a lifetime building, and we’re excited about this extraordinary opportunity to significantly increase our portfolio of well-loved franchises and branded content to greatly enhance our growing direct-to-consumer offerings. The deal will also substantially expand our international reach, allowing us to offer world-class storytelling and innovative distribution platforms to more consumers in key markets around the world.” 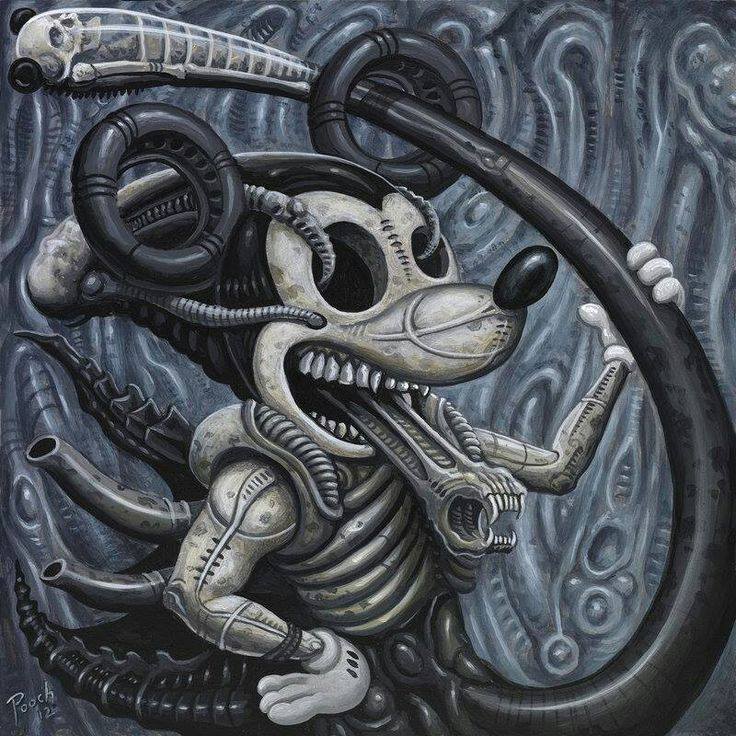 “We are extremely proud of all that we have built at 21st Century Fox, and I firmly believe that this combination with Disney will unlock even more value for shareholders as the new Disney continues to set the pace in what is an exciting and dynamic industry,” said Rupert Murdoch, Executive Chairman of 21st Century Fox. “Furthermore, I’m convinced that this combination, under Bob Iger’s leadership, will be one of the greatest companies in the world. I’m grateful and encouraged that Bob has agreed to stay on, and is committed to succeeding with a combined team that is second to none.”

So the big question is what does this all mean for the Alien and Predator franchises? I think the knee-jerk reaction to hearing that Disney now owns Alien and Predator would be to expect that the series would lose their R-rating and subsequently their edge. Disney is, however, certainly no stranger to putting out R rated films. For the better part of the 90s and into the early 2000’s, Disney owned Miramax Films which distributed many of Quinten Tarantino’s films.

Will Disney continue with Scott’s plans for the prequel series, will they turn their sights on rebooting the series or will future Alien films simply be dropped? How does this merge effect The Predator which is currently in post-production? Until we hear more from Disney, the shape the future of franchises is simply unclear for now.

Another concern I have following this deal is what happens to the publishers of the expanded universe. Since the 80s, Alien and Predator comics have been within the care of Dark Horse comics. My worry is that like with Star Wars, Disney may shift the comics away from their traditional publishers to the Disney owned publisher, Marvel.

As well as that, Disney doesn’t use Titan Books to publish their Star Wars novels. Titan has been publishing Alien and Predator books for nearly the better part of the last decade and in my opinion, they’ve been doing a great job with regularly publishing great books! I’d hate to see the expanded universe move away from Dark Horse or Titan.

Update #1 (15/12/2017) – This update is not directly related to Alien or Predator but is in regards to Deadpool’s move over to a Disney owned Marvel. Addressing that concerns that the buy-out would result in Deadpool losing it’s R-rating, Disney’s CEO Bob Iger confirmed that there is a place within a Disney owned Marvel for R-rated content:

““It [Deadpool] clearly has been and will be Marvel branded. But we think there might be an opportunity for a Marvel-R brand for something like Deadpool. As long as we let the audiences know what’s coming, we think we can manage that fine.”

This should appease fans that are concerned that any Alien or Predator films under Disney ownership would automatically be PG-13 rated. Thanks to Russ for the news.

Update #2 (15/12/2017) – Those of you worrying about how this new buy-out might effect The Predator, fear not! All films that are currently in production are safe!

On the film front, employees are being told that films are still being greenlit and that production on such major upcoming releases as “Gambit,” an X-Men spinoff, is expected to still commence in the coming months.

Like Rice, Snider has stressed that over the next year and a half until the deal closes, it will be “business as usual” and she told staffers that she expects them “to do what we do at a high level of excellence and with our typical swagger.”

Hopefully this extends to all the current and upcoming merchandising releases. This comes via Variety. Thanks to Whos_Nick for the heads up.

Related News Posts
The 20th Century Fox Acquisition Has Been...
Disney’s Bob Iger Says R-Rated Fox...
“It’s Crazy Not To Do Something...
Disney To “Scale Back” on Movies...
Disney Is Reportedly Vaulting 20th Century...