Aliens: Fireteam Elite has a new season of content coming before the year’s end, and two more seasons currently planned in 2022!

Since the early September release of Season 1 content featuring the Phalanx class, it’s been a bit quiet on the Aliens: Fireteam Elite front in terms of new content. But in today’s blog post on the game’s website by Cold Iron Studios, we now have our full Year 1 roadmap for future DLC detailed. 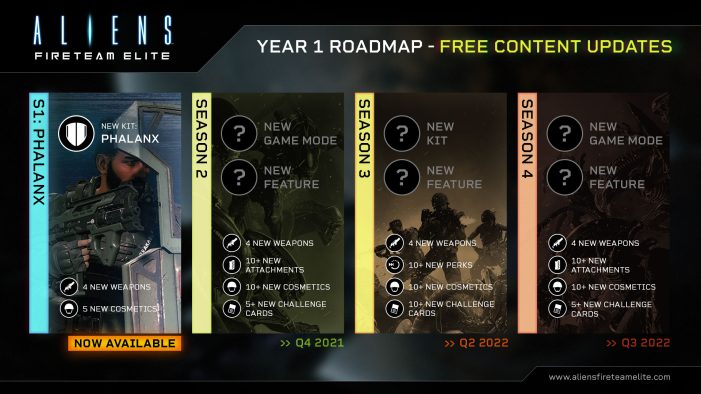 Cold Iron has given us an idea of what we can expect with future content, while not entirely giving away the details of what’s to come:

You can look forward to Season 2 before the end of the year! With it we will introduce a New Game Mode, as well as a New Feature, Weapons, Attachments, Challenge Cards, and a variety of cosmetics! If you enjoyed Horde Mode then we’re sure you will enjoy our next new game modes. You can expect twists to the session length, goals, and the tools you will have available, as well as the cool new environments they will be set in.

Our focus is first on bringing quality of life improvements to the game that will add more enjoyment to the game’s existing content. These new features shouldn’t drastically alter the way the game is currently played, but we hope you will greatly enjoy them all the same . We’ll share more details as we approach the release of each of these free Season updates, so stay frosty and keep an eye out.

In terms of the free updates, there are two new game modes planned, as well as another new kit (or class). Each season also has a “New Feature” prominently listed. We’ll also be seeing additional new weapons, attachments, perks, and challenge cards over the course of Year 1.

When a new season drops, Endeavor Pass holders will also receive an assortment of cosmetics and emotes. These packs can be purchased individually for $9.99/£7.99/€9.99, or you can still upgrade your game to the Deluxe Edition to receive the paid DLC packs of all four seasons as well as the Endeavor Veteran Pack.

If you have questions you’d like to ask Cold Iron Studios about the game, they will be hosting a Q&A session on their Discord channel on Friday, October 29th, at 12PM PDT. 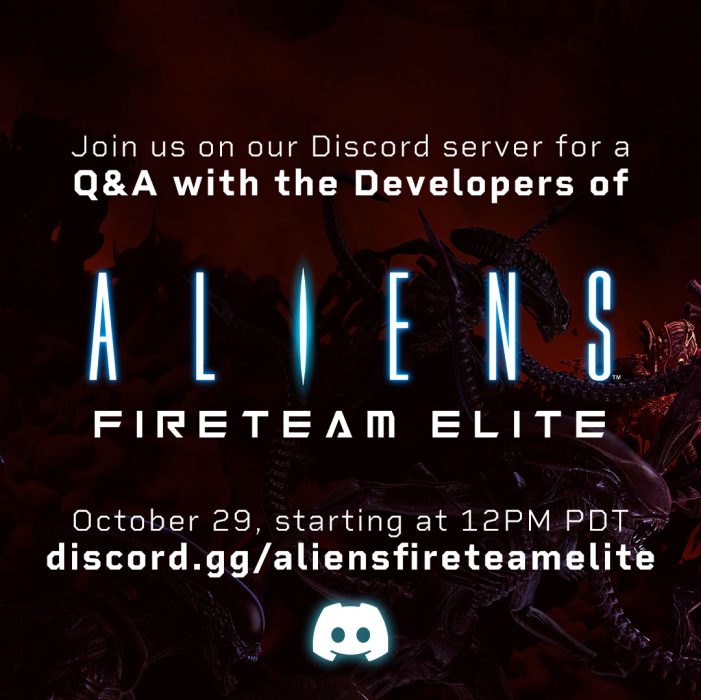 So what will these new features and game modes be? We won’t have to wait too long to find out what’s in store for Season 2 as the end of 2021 approaches.