Now that we’ve got a date to mark in our calendars for Aliens: Fireteam Elite’s release, we’ve also got a look at the game’s achievements. We now know the names of each of the four campaigns, the names of the 4 different difficulty modes and possibly the name of a new enemy category that we glimpsed in yesterday’s trailer! Beware some possible spoilers here.

So we now know that the four campaigns are Priority One, Giants in the Earth, Gift of Fire and finally Only Way to be Sure. The difficulty modes are Standard, Intense, Extreme and Insane.

And finally, it looks like there’s a new enemy category known as Pathogen, hinting at a much stronger prequel connection than just the Engineer locations! Given the required amount of kills to get the achievement, I would imagine this would be a lesser seen enemy type within the game. We may have already seen one of the Pathogen enemies in the last trailer too! 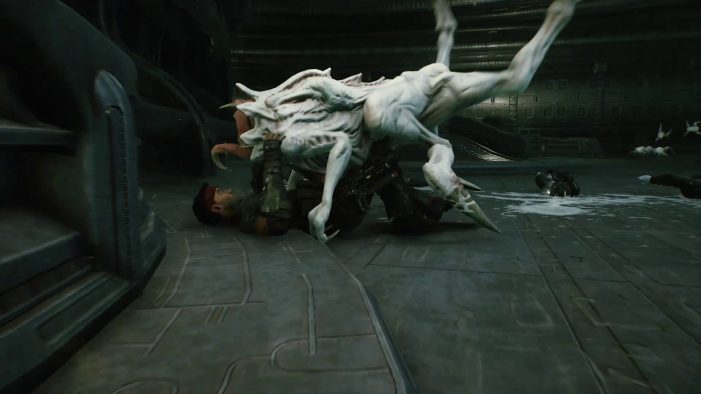 Forgive the poor screenshot. Is this a Pathogen enemy?

The prequel novel, Aliens: Infiltrator, also heavily played with the Engineer’s black goo and its effects on native wild-life and the Aliens themselves. Thanks to seattle24 for the heads up on the news.