Aliens: Fireteam Elite is almost upon us with its release due tomorrow. Various outlets have started publishing their reviews and it’s getting a mixed to positive reception. The PC version is currently sitting on a score of 70 on Metacritic out of 21 reviews. For reference, the last Alien title was 2014’s Alien Isolation which scored 81 out of 41 reviews.

The positives out of the reviews is that Aliens: Fireteam Elite stays true to its source material. The visual and sound design of the environment, enemies and weapons remain faithful to feel of the films. The combat is fun and frantic. The various classes and progression system with all the different perks were well-received. Challenge Cards keep things fresh and add to the replayability.

The negatives were mainly around the game’s technical issues. Sound and dialogue may suddenly cut out and there are issues with enemy artificial intelligence with Xenomorphs getting stuck in places. IGN gave it a mixed review overall and complained about the repetitive nature of the missions and how drawn out they could be.

Fireteam can be played in singleplayer with bots but as PC Gamer and Gamespot pointed out, the Android bots that accompany you are never going to be as good as human players. Especially, as the game is focused around co-op gameplay and tactics which you aren’t going to get from bots.

Here’s a roundup of the reviews. We’ll try to keep this news article updated. 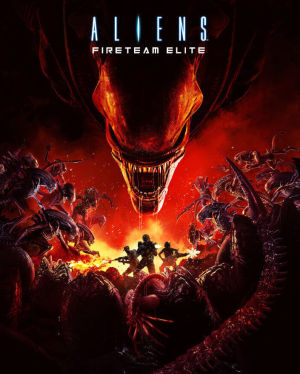