In addition to the free content upgrade, we’re also getting the first piece of content from the paid Endeavour Pass, which will be introducing a Weyland-Yutani “Dog Catcher” inspired skin we’ve previously seen! The pack includes: 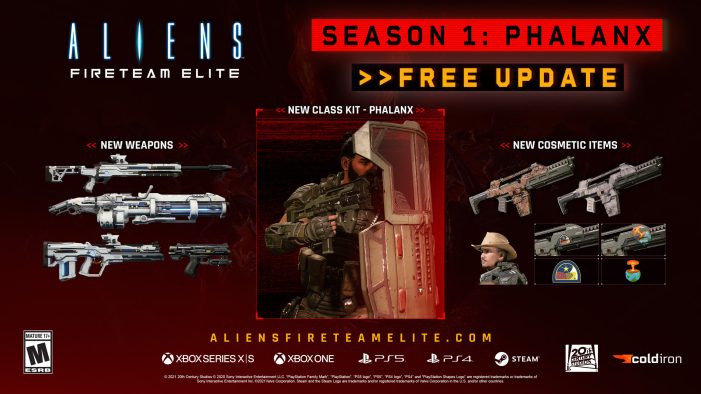 If you didn’t – or don’t want to – pick up the Endeavour Pass, the individual content packs are available for purchase separately for $9.99. The Season One update has also come with some bug fixes and general updates, which you can read in full over on the Aliens: Fireteam Elite website.