A war is coming! Titan Books has just announced a new novel currently in the works that promises to delve further into the ongoing battle between our two favorite iconic creatures: Alien versus Predator!

Titled “Aliens vs. Predators: Rift War”, this new novel is being written by husband and wife writing team Yvonne Navarro and Weston Ochse who are no strangers to our favorite franchises. Navarro has written for Alien as far back as the original Dark Horse novelizations, having wrote “Aliens: Music of the Spears”. She also wrote “Reclamation” for “Aliens: Bug Hunt”, and has a new short coming out in “Aliens vs. Predators: Ultimate Prey”.

Weston recently penned the “Aliens: Fireteam Elite” video game prequel novel called “Aliens: Infiltrator”, in addition to having his own short stories in “Aliens: Bug Hunt” and “Predator: If It Bleeds”. Now Weston Ochse and Yvonne Navarro are back, this time putting a new spin on the creatures’ iconic clash.

Here is the book’s synopsis:

When the Predators choose LV-363 for a hunt and seed it with Xenomorph eggs, the result is bizarre alien hybrids and humans trapped between the Predators and their prey.

The planet LV-363 teems with exotic life, including a plant growing in the shadows of its deep rifts. The plant’s flower yields a valuable narcotic, and people are forced by the cartels to harvest it. When a Yautja (Predator) ship arrives for a hunting ritual, the Predators seed the rifts with Xenomorph eggs. The aliens emerge and the result is bizarre and deadly hybrids, with humans trapped between the Predators and their prey. These deadly Xenomorph hybrids—some of which possess the ability to fly—swarm out of control and may prove more than either the Yautja or the humans can defeat. 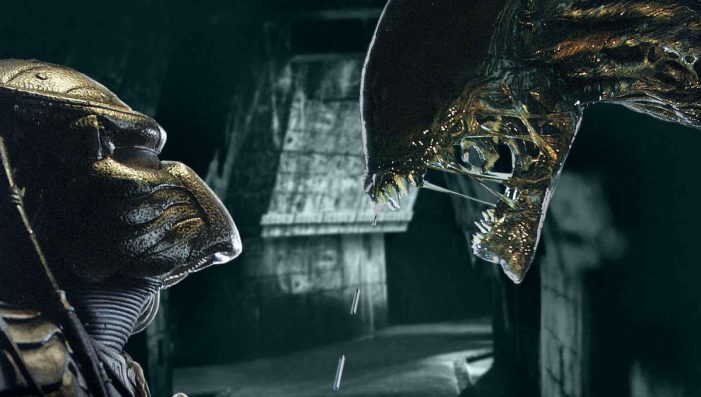 Reported to be 352 pages in length, “Aliens vs. Predators: Rift War” is slated to be released on June 21, 2022 and is currently listed on Amazon.com for pre-order. And a big thanks goes to community member felix for the ‘heads up’!

*Updated to include mention of co-author Yvonne Navarro.