The AVP franchise is getting some more love in the form of its first anthology novel: Aliens vs. Predator: Ultimate Prey. The upcoming book was announced today by Writer/Editor Bryan Thomas Schmidt, who put together the Predator anthology book ‘If It Bleeds’, which we loved.

It’s rather appropriate that he’ll be partnering with Jonathan Maberry for this release, as he was the editor and wrote a story for the Aliens anthology ‘Bug Hunt’. Maberry also contributed to Predator: If It Bleeds. The editing duo will be putting together 15 stories that see the Aliens and Predator clash again.

As well as editing, Bryan Thomas Schmidt will be writing one of the stories, and Jonathan Maberry will be collaborating with Louis Ozawa Changchien for a story of theirs set after Predators. Louis Ozawa’s name jumped out at us as he was the actor who played ‘Hanzo’ in Predators. 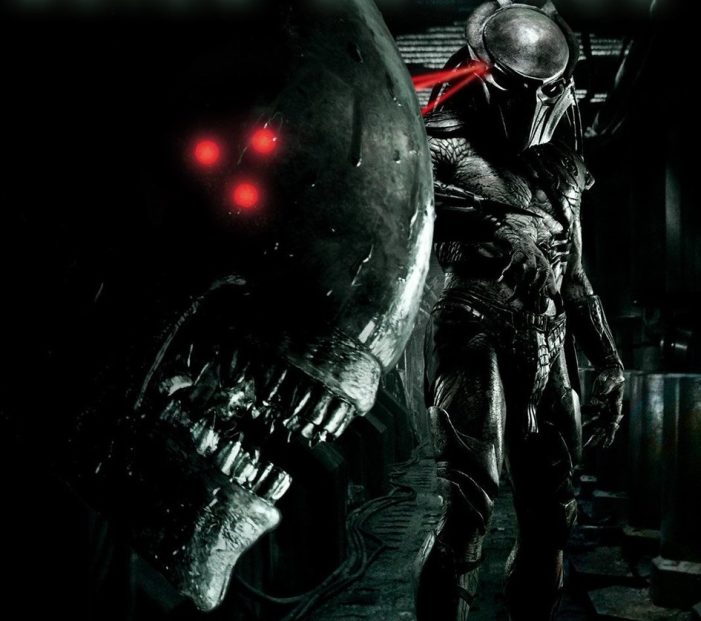 I am pleased to announce my return to the world of my beloved Yautja movie universe. My seventeenth anthology as editor, and 4th for Titan will be my latest collaboration with Jonathan Maberry:

ALIENS VS PREDATOR: ULTIMATE PREY, Edited by Jonathan Maberry & Bryan Thomas Schmidt is a collection of all original stories that bring these two powerful franchises into collision. These stories will be more than bug hunts or monsters fighting one another. We’re amassing a slate of diverse writers who will elevate the themes to feature tales of racism, intolerance, culture clashes, and the horrors of war. Stories will run the gamut from intense psychological drama to nail-biting paranoid horror to humor to poignant tales of people and cultures caught in the grip of war.

15 new stories set in the movie universe, coming in December 2021 from Titan Books. It’s the one anthology fans have most been requesting and Jonathan and I have wanted to do it for 3 years, ever since he did Aliens: Bug Hunt and I did Predator: If It Bleeds, both for Titan, which were great successes.

These are studio approved tie-ins. We’ll reveal more details when the time comes but this exciting project has been fast tracked for quick release and we look forward to brining it to fans.

As stated in the announcement, a slew of writers will be involved here, including some returning franchise contributors such as:

Make sure your browsers are locked into Alien vs. Predator Galaxy for the latest Alien and Predator literature news! You can also follow us on Facebook, Twitter, Instagram and YouTube to get the latest on your social media walls. Be sure to join in with fellow Alien and Predator fans on our forums as well!