Filming has wrapped on the production of Predator 5 / ‘Skulls’! Cinematographer Jeff Cutter shared to his Instagram a clapboard with the film’s working title, displaying the last date of filming and what was presumably the last scene to be shot. 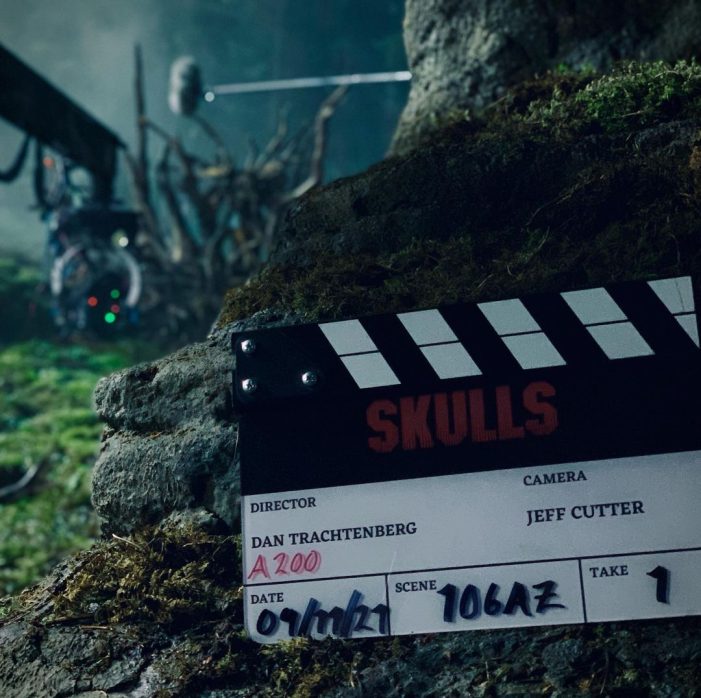 “And that’s a wrap on Skulls! Can’t thank @dannytrs enough for inviting me along on this epic journey and entrusting me to help achieve his vision for this film! Thanks to a great cast led by @ambermidthunder, @dakota_beavers and @dd and much love to a brave Calgary crew for diving headfirst in with us! #skulls #predator”

In the out of focus background we can see a camera jib (crane) and mic boom by what appear to be arranged branches. Could this possibly be another hunting camp similar to what we saw in 2010’s Predators?

Along with another post celebrating the wrap, we now have confirmation of the casting of Amber Midthunder, Dakota Beavers, Dane Diliegro and Stefany Mathias. As the film moves into its post-production phase, we’ll be eagerly anticipating the first teaser trailer to drop, hopefully before the year’s end.

We’ll update this post with further information on the production’s completion should it arise. Thanks to ace3g for sharing to our Forum.

Make sure your browsers are locked into Alien vs. Predator Galaxy for the latest Predator 5 news! You can also follow us on Facebook, Twitter, Instagram and YouTube to get the latest on your social media walls. Be sure to join in with fellow Alien and Predator fans on our forums as well!