Predator 2’s director, Stephen Hopkins, recently spoke to Howard Gorman for Scream Magazine in celebration of Predator 2’s 30th anniversary. Over the course of the 15 minute interview, Hopkins discusses Arnie’s involvement, the difficulties of shooting in Los Angeles, a new unreleased anniversary release of the film, Shane Black’s The Predator and plenty more.

While discussing Arnold Schwarzenegger’s involvement with Predator 2 and the reasons for his exit, Hopkins actually discussed the envisioned opening of the film had Arnie been involved.

“The opening scene of the film was supposed to be these guys playing golf on a golf course and a helicopter lands, and there’s a guy with white hair playing golf. and they come and say “he’s back.” And Arnold turns around, and he’s got white hair with a scar across his face. And he Danny Glover were going to team up.”

While Stephen doesn’t go into further detail about what that vision of Predator 2 would have looked had Dutch had returned, he continued on to seemingly say that because of Arnie dropping out (and also seems to be discussing a writer’s strike that prevented Jim and John Thomas from re-writing the script) they had to improvise the dialogue while filming.

I’m unsure whether this was due to the cut in the discussion in the video or perhaps the years, but the situation is still somewhat confusing as none of the drafts of Predator 2’s script (including the first) ever had Dutch involved in any significant capacity, and the writers strike that took place in the 80s was in 1988 when Predator 2 was written in 1989 so it wouldn’t have been impacted. 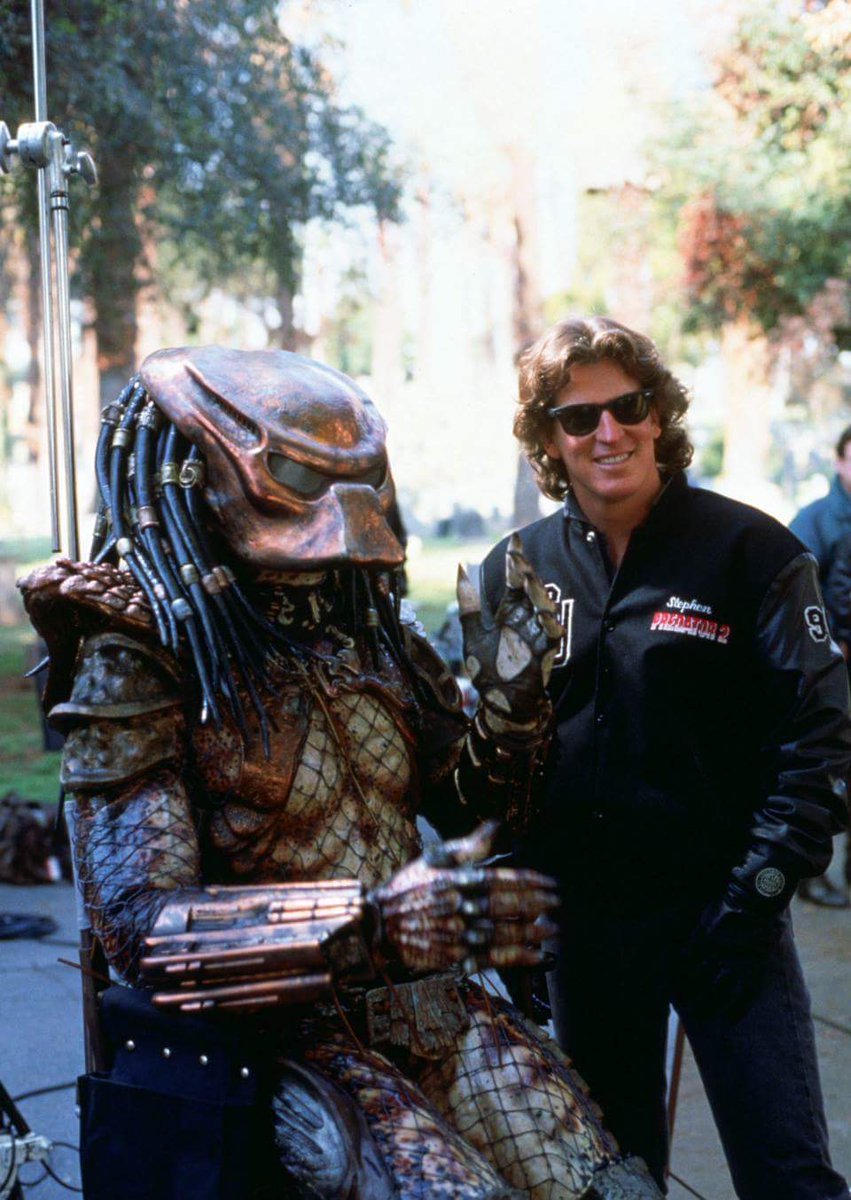 Director Stephen Hopkin’s and suited up Kevin Peter Hall on the set of Predator 2.

While Alien vs. Predator Galaxy certainly spent November celebrating the 30th anniversary of Predator 2, we got no such activity from 20th Century Studios. During the interview Hopkins revealed that this wasn’t always going to be the case!

“Last year Peter Levy, the cinematographer, and I did a new 70mm version because I think they were going to release it this year for the 30th anniversary. But I think the last Predator movie bombed, so they decided not to, I think.”

You can watch the full interview down below.

Make sure your browsers are locked into Alien vs. Predator Galaxy for the latest Predator news! You can also follow us on Facebook, Twitter, Instagram and YouTube to get the latest on your social media walls. Be sure to join in with fellow Alien and Predator fans on our forums as well!