Last weekend saw the majority of the cast of Aliens reunited at Comicpalooza in celebration of Aliens 30th anniversary this year. Comicpalooza also hosted a panel discussion with the cast and for whose who weren’t able to attend the event themselves, Melelani Petersen uploaded the discussion to YouTube!

The Comicpalooza 2016 Aliens 30th Anniversary Reunion panel is just under 40 minutes long. Due to nearly all the cast being there, there wasn’t a lot of time to get into too much detail. However, they tell some great stories about their casting experience. One particular anecdote elicits some wonderful reactions from Bill Paxton once he learns so many read his lines at the auditions. 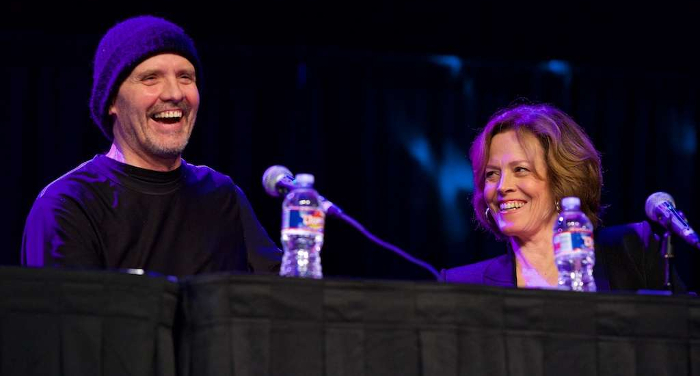 When the floor is opened to questions the topic of Neill Blomkamp’s Alien 5 inevitably comes up. While no new details are spilled, Sigourney comments that “it’s such a brilliant script” and that it was coming after Alien: Covenant as “they [20th Century Fox] didn’t want both movies coming out at the same time.” Though no official casting has been announced, she also reaffirms that Michael Beihn and Hicks will be returning.

Thanks to Miguel Santos, Melelani Petersen and PRJ_since1990 for the various links!