While Predator’s 30th anniversary may have come and gone without any attention from 20th Century Fox, the folk over at The Hollywood Reporter went out and spoke to many of the cast and crew on the film and put together a fantastic “oral history” on the Predator!

“We were having a weapons introduction day, and I gave a little lesson about how you’re supposed to use them. I remember Bill Duke was supposed to be carrying a machine gun, and I said, “Bill, in real life, they fire in bursts of six, and you fire another burst of six, and another, and that keeps the barrel from melting. If you just squeeze it and run through the whole belt, you’re going to ruin the barrel pretty quickly.” So we set it up, and of course the first thing he does is he squeezes it, holds it, and starts screaming. Fired off, I don’t know, 200 rounds in one thing, and Bill is just cackling like a madman. I thought, “Yeah OK, this is a movie.” 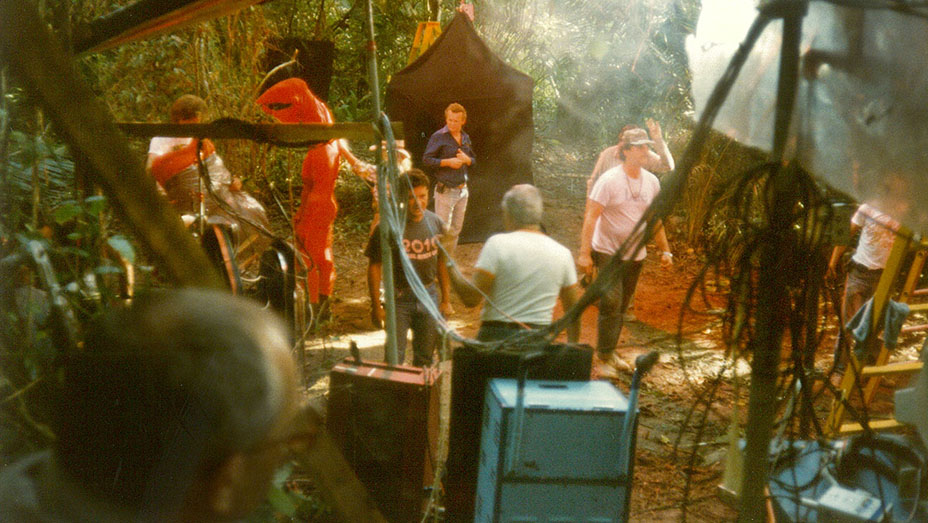 The original “red suit” before Stan Winston redesigned the Predator.

In addition to some new behind-the-scenes stills from Predator’s production, there’s some great recollections from the people who worked on the film including the various versions of how Jean-Claude Van Damme left the film, the shutting down of the production and various stories about the film’s legendary cast! Head on over to The Hollywood Reporter and check out the whole article!

Thanks to Johnny Handsome for the news. Keep a close eye on Alien vs. Predator Galaxy for the latest Predator news! You can follow us on Facebook, Twitter and Instagram to get the latest on your social media walls. You can also join in with fellow Predator fans on our forums!