Following on from their adaptation of William Gibson’s original Alien 3 script (check out our podcast review here), and their upcoming adaptation of Dan O’Bannon’s first draft of Alien, Dark Horse Comics are now turning their sights on Predator and adapting Jim and John Thomas’ original Hunters draft of Predator!

“There’s excitement in seeing what might have been. The bones of Predator are there, but the original idea was so different and in some ways, much deeper than what the movie became — and we lean hard into those differences. Turn all of that over to a pair of dynamic artists like Patrick Blain and Andy Owens, and the results are spectacular. Predator fans are going to lose their minds!”

Aliens vs. Predator: Thicker Than Blood scribe Jeremy Barlow will also be penning the five issue adaptation, and is joined by Patrick Blain and Andy Owens for the art, both of whom are new talent to the Alien and Predator franchises. 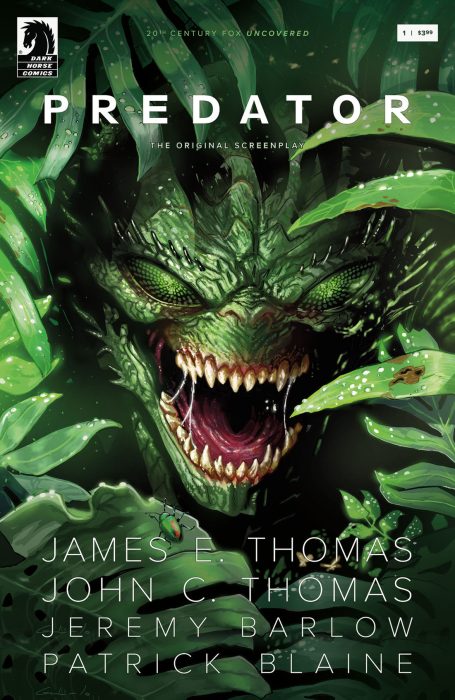 Judging from the cover art, this take on the Predator will not be using Steve Johnson’s previous Predator design but a completely new take on the creatures. The first issue is due to hit shelves on the 10th of June! You can also check out the Hunter script in our downloads section!