With Aliens: Rescue due to kick off at the end of July, Dark Horse Comics have announced the next series – Aliens: Colonial Marines: Rising Threat! Rising Threat is set to tie into the events of the upcoming game from Cold Iron Studios and will also continue the story of Olivia Shipp, the character recently introduced in Alien: Echo!

“Aliens Colonial Marines: Rising Threat delves into the formative years of the Colonial Marines. Tying into the events of the upcoming Cold Iron Studios videogame, this new series introduces Olivia Shipp, leader of a squad of battle-weary Marines who have defied orders to rescue the survivors of a refinery under siege.” 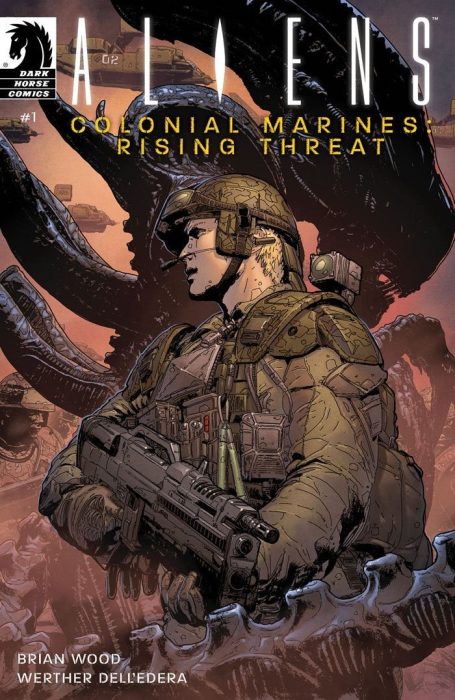 Once again Brian Wood is returning to write Rising Threat, making this his fourth Alien series for Dark Horse. Interior artwork with be handled by Werther Dell’Edera, with Michael Atiyeh responsible for colours. Though the press release (via Comicbook.com) doesn’t mention, it would appear that the fan favourite Tristan Jones is returning to provide cover art!

Aliens: Colonial Marines: Rising Threat will be an 8 issue long run, with the first issue currently scheduled for release on the 18th of September.