First announced back in June, Aliens: Colonial Marines – Rising Threat was set to act as a tie-in to Cold Iron Studios upcoming Aliens “persistent online shooter,” and as a sequel to Mira Grant’s Alien: Echo which would have continued the story of Olivia Shipp.

Now, following several accusations of predatory and inappropriate behaviour being directed at Brian Wood, the series writer, Dark Horse Comics has cancelled the upcoming title. In a statement to The Beat, Dark Horse said: 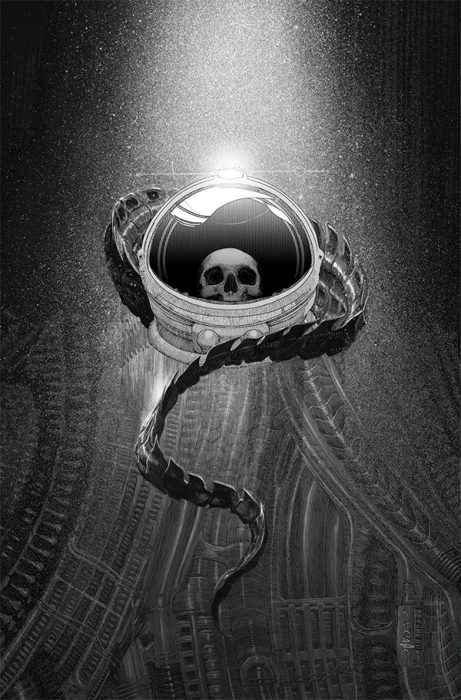 It’s unknown if Dark Horse will look to pursue the title with a different writer. Forum member Xiggz456 suggested Mira Grant (the pen-name of Seanan McGuire), who currently writes Spider-Gwen/Ghost-Spider for Marvel, take over penning duties and that is something I’d love to see!

Having written a significant portion of the recent Alien stories, Brian Wood’s latest series Rescue is currently halfway through its release. It’s unknown if the remainder of Aliens: Rescue will be released but the additional issues are still on Dark Horse’s website, whereas all entries for Rising Threat have been removed.

Thanks to Whos_Nick for the news. Make sure you stick with Alien vs. Predator Galaxy for the latest Alien and Predator comic and novel news! You can follow us on Facebook, Twitter, Instagram and YouTube to get the latest on your social media walls. You can also join in with fellow Alien and Predator fans on our forums!