For those of our visitors who haven’t read my previous reviews, or listened to our podcasts on the previous entries, I’m really fond of the Predator: Hunters comic series. But since Predator: Hunters 2 wrapped up in January this year, leaving us on the bombshell of Raphael Herrera’s return, we haven’t heard anything about a third series.

That changes today with the announcement of Predator: Hunters 3! Announced via SyFy, Chris Warner is returning as writer to continue the story of the Hunters and delve into Herrera with the four issue third series!

The extraterrestrial insanity kicks off with ex-drug runner Raphael Herrera reliving his worst nightmare. After that horrifying night when his men were slaughtered by an unearthly monster, Herrera joined up with the Predator Hunters crew. Now, years later, cartel soldiers are being murdered in the thick jungles of Central America, indicating to Herrera that the dreaded Predators have returned! 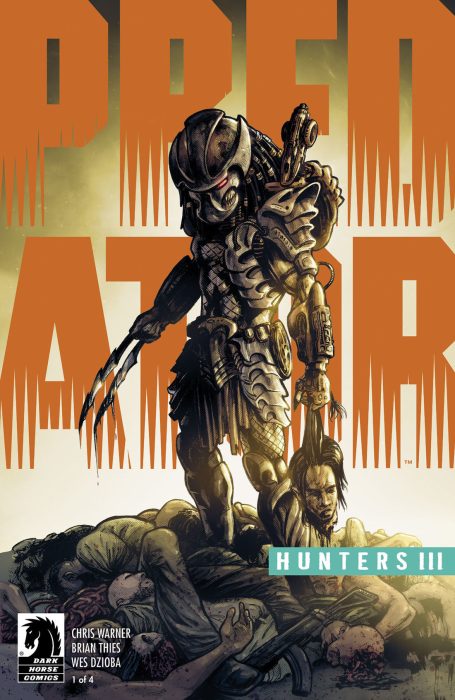 Chris Warner isn’t the only returning creative working on Predator: Hunters 3. The artwork will be handled by Brian Thies, who previously provided the artwork for the Predator, Aliens vs. Predator and Prometheus: Final Conflict runs on 2016/2017’s Life and Death crossover. Wes Dzoiba, another returning talent, will be handling the colours for the series. (P.S we’re still waiting for a recolouring of the original Aliens vs. Predator from Wes, Dark Horse!)

The original Predator: Hunters was notable for it being a gathering of characters who had previously encountered the Predator, including encounters told in previous Dark Horse comics. Interestingly, Chris Warner and editor Randy Stradley are hinting at the return of characters from the very first Predator series!

“Bringing together characters (or their descendants) from Dark Horse’s many standalone Predator series is something I’d been wanting to do for a long time, and I think Chris Warner’s handling of the union has been great,” adds series editor Randy Stradley. “However, with Predator Hunters III, Chris went back to the beginnings of our Predator cycle and brought in a couple characters who haven’t been seen in thirty years or more. Longtime readers will be pleased, but even new readers will appreciate how these returning characters expand the Predator universe.” 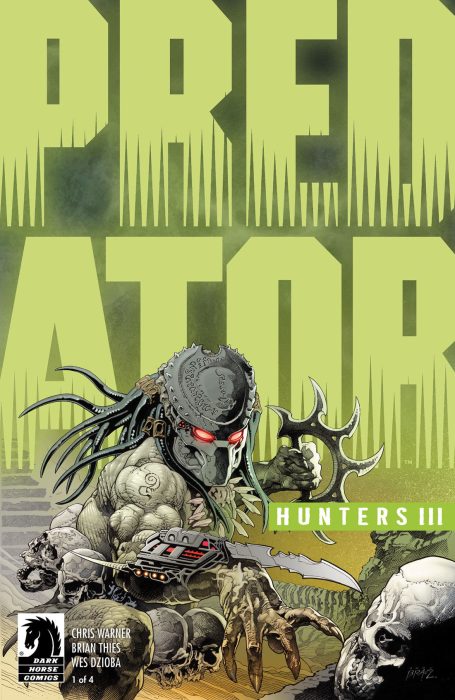 Is it possible we might be seeing the return of Detectives Schaeffer and Rasche from Predator: Concrete Jungle (Book One)?! Or perhaps General Phillips? The first issue of Predator: Hunters 3 is currently slated for release on the 5th of February 2020. Thanks to Katanu and DarthJoker45 for the heads up!