Following all The Predator trailer excitement yesterday, Dark Horse Comics have now announced (via Comic Book Resources) a brand new Predator comic series! Dark Horse’s next venture into the Predator universe is a continuation of last year’s Predator: Hunters (which we rather enjoyed!) and is currently titled Predator: Hunters 2.

“Since the beginning of time, Predators have come to Earth from their home among the stars to stalk and kill the strongest of humans for sport. But now the tables have turned, and a group of human hunters has set their sights on the Predators. But they soon find out they are competing with a mysterious government agency that is after the same prey. The hunt is on, and only the strongest and smartest will survive!” 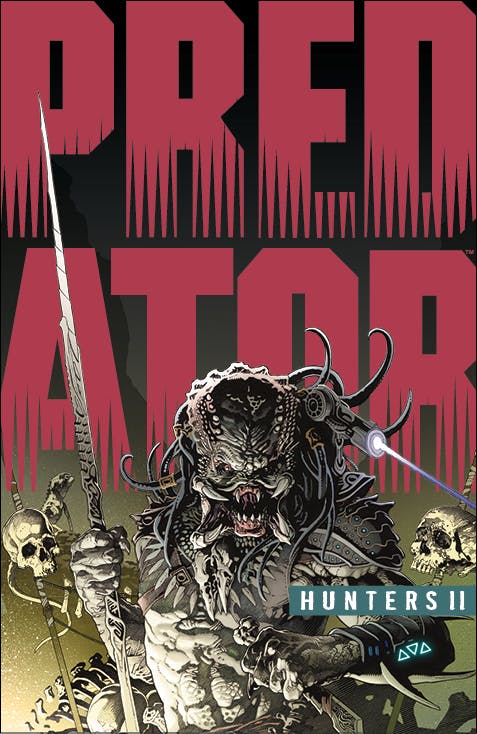 Currently there is no exact release date but according to the announcement Predator: Hunters 2 is expected to debut in August 2018. Thanks to Ultramorph for the news!