Following on from 2019’s adaptation of William Gibson’s second draft of Alien 3, Dark Horse has just announced (via The Hollywood Reporter) that 2020 will see them adapting another unused Alien film script. However, it’s not going to be tackling another Alien 3 (sorry folk, no visualize of Eric Red’s take), Dark Horse are turning their sights back to the very start; back to Dan O’Bannon’s Alien – formerly known as Starbeast!

The adaptation of O’Bannon’s screenplay comes courtesy of Cristiano Seixas and Guilherme Balbi and follows in the footsteps of Dark Horse’s successful 2018 series, William Gibson’s Alien 3, which adapted the original screenplay for David Fincher’s third movie in the series, restoring material excised in the final version of the script.

Seixas and Balbi’s five-issue miniseries similarly follows O’Bannon’s original version of events, heavily rewritten by Walter Hill and David Giler before production, and is described simply by the publisher as “an alternate line of events.” Among the differences? In the very first version of the story, the spaceship isn’t the Nostromo but the Snark… 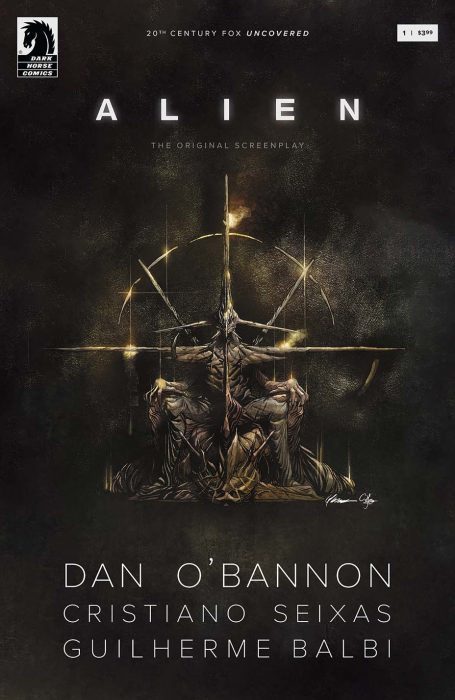 Cristiano Seixas has taken up scripting duties for Dark Horse’s newest adaptation and Guilherme Balbi will be providing the visuals. Seixas has not working within the Alien universe before, but Balbi has previously worked on the Predator side where he did the pencils for A Predatory Life, the prequel comic to Predators that focused on Royce. You can see some of his work for Alien: The Original Screenplay below! 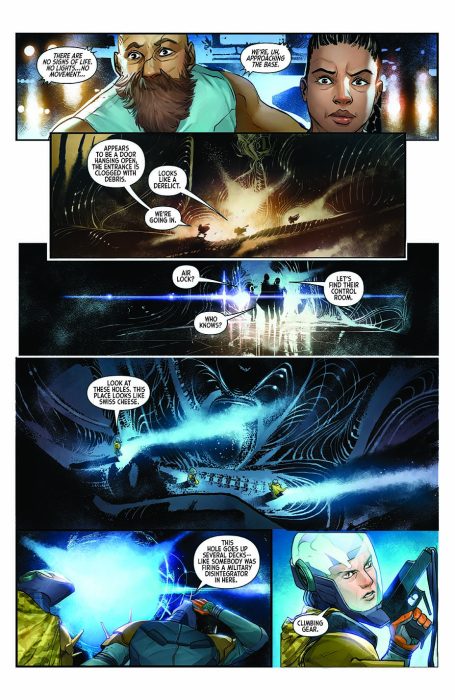 The new series is due to make it’s debut on the 22nd of April, just days before 2020’s Alien Day! I’m not going to lie, I certainly wasn’t expecting this but I’m excited none-the-less!

Thanks to Whos_Nick for the heads-up! Make sure you stick with Alien vs. Predator Galaxy for the latest Alien and Predator comic and novel news! You can follow us on Facebook, Twitter, Instagram and YouTube to get the latest on your social media walls. You can also join in with fellow Alien and Predator fans on our forums!